Marc Guehi ended his time at Swansea City as one of the first names on Steve Cooper’s teamsheet, now the young centre-back will look to become a key component in Patrick Vieira’s new-look Crystal Palace side.

The 21-year-old’s assured displays for the Swans over the last 18 months have helped him land a move to SE25 for a reported fee of £18million.

But there were at least a few raised eyebrows in South Wales that Chelsea allowed Guehi to leave, such was the hugely positive impression he made during two loan spells in the Championship.

Cooper was England U17 boss when they won the World Cup in 2017 and so many of that squad ended up on loan at Swansea – Rhian Brewster, Conor Gallagher, Morgan Gibbs-White and Joel Latibeaudiere. But privately Cooper believed that Guehi was the best of the lot.

Guehi was imperious when football resumed following the first lockdown. He made 59 appearances as they twice reached the play-offs, with some onlookers feeling he should have pipped Connor Roberts for Swansea’s Player of the Year award last season.

“His development has been phenomenal,” said Ian Mitchelmore, Swansea correspondent for Wales Online. “His style is ready-made for the Premier League.

“Had Swansea got promoted there was a chance of getting him back, but the second they lost to Brentford you knew he would go somewhere else or stay at Chelsea. He was too good for the Championship.

“He played a lot of the time at Swansea on the left in a back three. That allowed him to play out from the back.

“He won quite a lot of free-kicks in the opposition’s half because he is so physical and clever at maneuvering his body. In addition to being a top defender he is more than happy to play forward and is also a demon in the air.

“Ryan Bennett was in the middle [of the backline] and the sitter, Guehi used his energy to get forward and take the load off the wing-backs.

“Swansea had so much success with the wing-backs and much of that was down to Marc Guehi and the defender the other side getting forward as much as they could.

“For a team that wants to keep the ball, I’m sure Palace will want to do that after getting rid of [Roy] Hodgson, he is perfect for that.

“In the last 10-15 games of last season Guehi was in a back four and had to be a bit more defence-minded.

“But he is so, so physical. It was one of the first things he said in his interview after signing for Palace. He is quite an imposing defender and quick, considering he is bulky. For someone so young he is the all-round package – £18m represents a great bit of business.”

Palace’s transfer focus has been on bringing down the average age of their squad.

“You couldn’t call it a weakness but he [Guehi] is unproven at a higher level,” said Mitchelmore.

“Ivan Toney was the best striker in the Championship last season by some distance and gave him a real tough time in the play-off final – although Swansea were chasing the game in the second half and down to 10 men.

“In the semi-final he was up against Cauley Woodrow and Daryl Dike, who is an absolute unit, and Guehi, alongside Ben Cabango, had them in their back pocket.”

Guehi was born in the Ivory Coast but moved to England at the age of one, spending many of his formative years in Lewisham.

He started off playing junior football for Cray Wanderers before being spotted by Chelsea’s academy scouts. 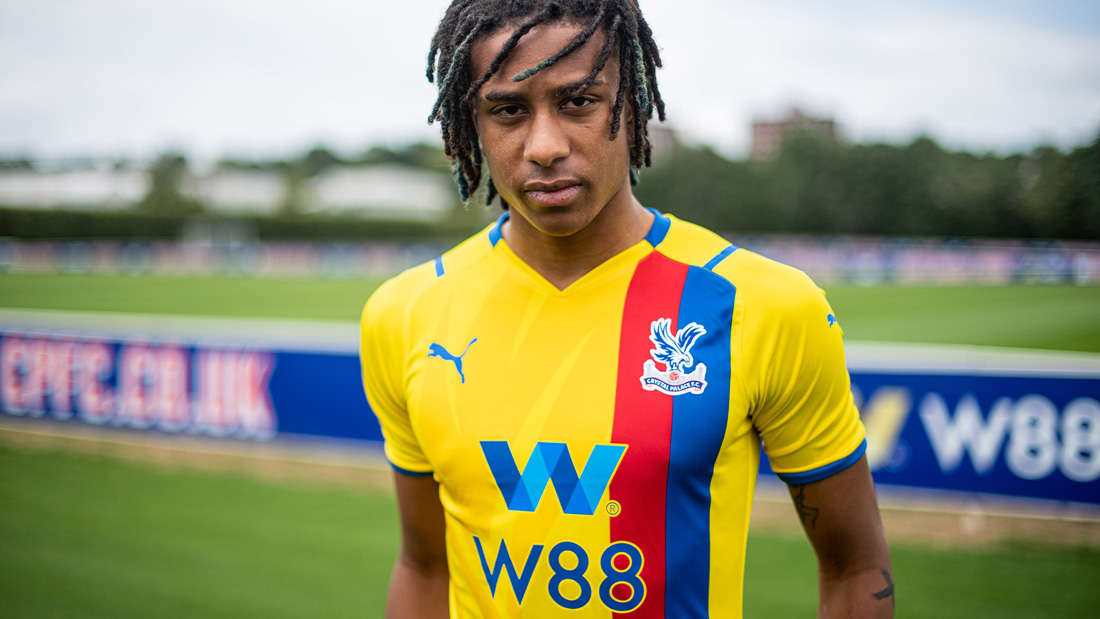 Olise has also been a consistent performer in England’s second tier.

The Hammersmith-born midfielder, capped by France at U18 level, is coming off a storming
2020-21 campaign.

Olise won EFL Young Player of the Season and was included in the PFA’s Championship Team of the Year. He scored seven goals and claimed 12 assists in 46 matches.

Jonathan Low, who covers Reading for Berkshire Live, said: “I’m surprised no other clubs activated the £8m release clause he had in his contract.

“It is the perfect stepping stone in his career, he has got the potential to play right at the very top level.

“He has got all the skills and also an arrogance about him as well, it is probably something Patrick Vieira can nurture a bit and get him on a straight path.

“He is a lovely player to watch.

“There have been plenty of big clubs linked with him in the last six months because he had an outstanding season with Reading. To go from a side pushing for the play-offs in the Championship to a decent, solid Premier League side is probably his best move, he should get lots of game time.

“He is one of those attacking midfielders who can play across the front three, behind a central striker.

“He is primarily left footed and can cut in from the right. I like him in the middle because it allows him to be a bit more on the ball – he relishes that responsibility of being the playmaker, being that influential player that is the link between the midfield and the attack.

“He has got all the skills. Last season he upped his game, in terms of being that creative outlet in the final third and scoring goals.

“He has got all the tools in his armoury to do well.”

Olise is the youngest senior member of Palace’s squad with Guehi third on that list – injury-hit full-back Nathan Ferguson is 20. Eberechi Eze and Jean-Phillippe Mateta, added in the previous two transfer windows, are 23 and 24 respectively.

“All the teams have been getting slightly younger over the past couple of years,” said chairman Steve Parish in a recent interview with Palace’s website. “That is because the game is played at higher energy nowadays and we need to be there for that.

“We need to bring value in for the football club, but at the same time we need to stay in this division. It will be a blend of experience and youth.”

Guehi, Olise and Eze – when back fit – will be at the forefront of Palace’s push to find the next Premier League stars.