So Surrey’s T20 race is run. It’s a particularly bitter pill to swallow given that their campaign started with three successive victories. But I guess you have to look at who two of them were against – Glamorgan and Middlesex, who ultimately propped up the group.

The assumption, going into last weekend, was that as long as Surrey beat Gloucestershire in their final group game, which they duly did, all they needed was for Somerset to do likewise.

But Hampshire threw a spanner into the works by romping to victory over Glamorgan on Sunday to finish level on points with Surrey, with a marginally superior run rate.

That then meant Kent also needed to overcome Sussex, which was wishful thinking given that half the Spitfires squad were isolating.

With Kent fielding what amounted to a second 11 it meant Sussex, who had Jofra Archer back from injury, held on to third place courtesy of a comfortable four-wicket win at Canterbury.

With the Currans and Jason Roy on board, Surrey picked up eight points from a possible 10 – without them, seven from 14. But the Achilles heel was batting first as opposed to chasing. Surrey won five out of seven batting second, compared to one out of four batting first.

It’s tough in county cricket to sustain success across the different formats, but all six of the teams who qualified for Division One in the County Championship are through to the quarter-finals in the Blast.

Kent and Sussex will join them. It means that 10 of the 18 teams will, in effect, be playing for championship prize money and the devalued Royal London One-Day Cup for the final 10 weeks of the 2021 season.

With the Hundred grabbing the cream, the vast majority of counties will be forced to put out what will amount to second stringers in the One-Day Cup. Even in the absence of 11 players, the Surrey side doesn’t look too bad on paper. But their chances will come down to two exterior factors – fitness and steering a safe course through covid.

The Royal London is a great opportunity for the likes of Gus Atkinson, Ben Geddes (pictured top), Conor McKerr, Ryan Patel and the recently recruited Cameron Steel to put down a marker – not only for next season, but also to be involved in the remainder of this year’s County Championship, which resumes at the end of August.

Running in parallel with the 50-over competition is the Hundred, which will be on our television screens practically every day for the next four weeks. 18 of the games – 10 men’s and eight women’s – will be shown live on BBC Two and iPlayer.

Given the millions the England and Wales Cricket Board are pumping into its marketing, the only thing that could stop the Hundred being a success is covid. Despite reports that the venues outside London are struggling to sell tickets, the Hundred’s website is currently saying some matches are sold out while ticket availability is showing as limited for the remainder.

It’s easy to ridicule the Hundred. But, step away, and there are some positives.

The 17-man squad for the Oval Invincibles franchise contains eight Surrey players and three from Kent, so there will be some local identity.

Another plus is that it will showcase the women’s game. It’s just a pity the salaries being paid to the women are a fraction of what the men will earn.

But the first indication that, for all the market research gathered, the organisers of the Hundred are out of touch with its new audience is that they won’t be playing ‘Sweet Caroline’ between overs, because they don’t want to encourage boozy crowds.

Also, the main sponsor, a snack company, will be promoting healthy eating. I can’t wait to see how they intend squaring that curve.

Unlike others, I have no problem with the new format. But what I do have a problem with is when it’s being played – in July and August …the very two months of the year when there’s good pitches and batsmen-friendly conditions, which, over four days, sorts the men from the boys and helps develop better cricketers.

If the Hundred was going to be indoors in November at the Millennium Dome, for example, I’d be all for it. But it’s like a radio station that has played the songs you like for years now saying that they’ll be playing different tracks for a third of the day, because they want to attract a new audience.

Yes, it will attract a different audience, but will it keep its loyal one? And, overall, will the music be any better?

KEY PLAYERS
Dan Moriarty (Surrey) – the 22-year-old slow left-armer has taken to championship and T20 cricket like a duck to water. Can he do the same in the 50-over?

FORM GUIDE
Due to Covid, 50-over cricket returns to county cricket following a two-year absence. Surrey endured a wretched run in 2019, losing all but one of their eight outings in the Royal London, while Notts got as far as the semi-finals.

STAT
Eighty-three per cent of both the runs scored and the wickets taken for Surrey in this year’s Vitality Blast were courtesy of former Surrey academy graduates. 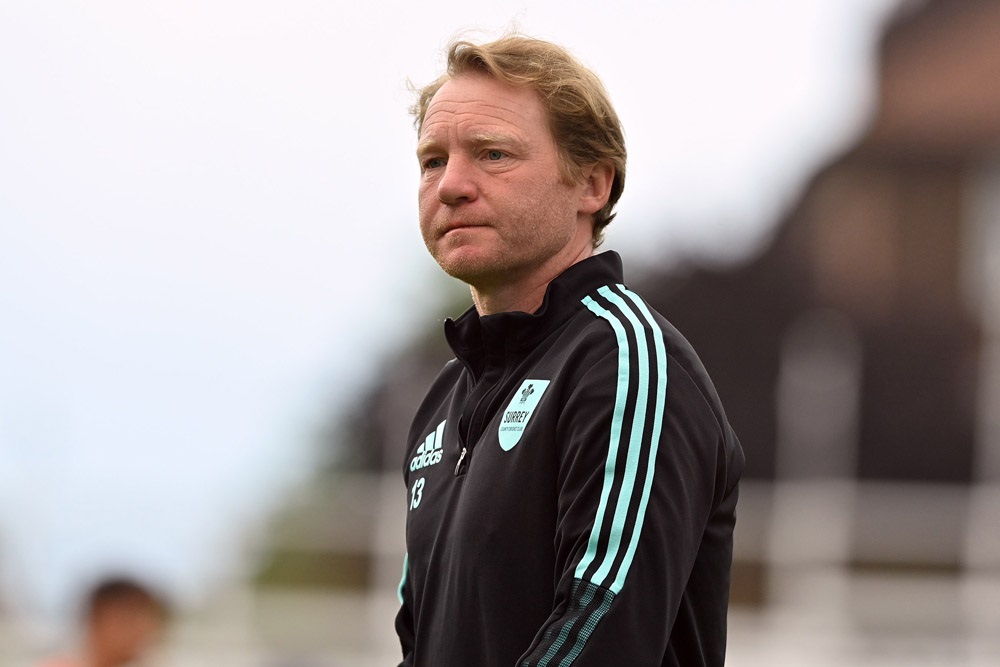 STAR MAN
Gareth Batty (pictured), whose 2-21 put the brakes on Gloucestershire, who had raced to 62-1 in six overs before the veteran off-spinner entered the fray. One wonders if it will prove to be the 43-year-old’s last appearance in T20 cricket.

BEST MOMENT
Tim David hitting five fours in the space of seven deliveries to complete a convincing seven-wicket victory for Surrey at Cheltenham. Alas, it wasn’t enough to sneak them into the quarter-final draw.