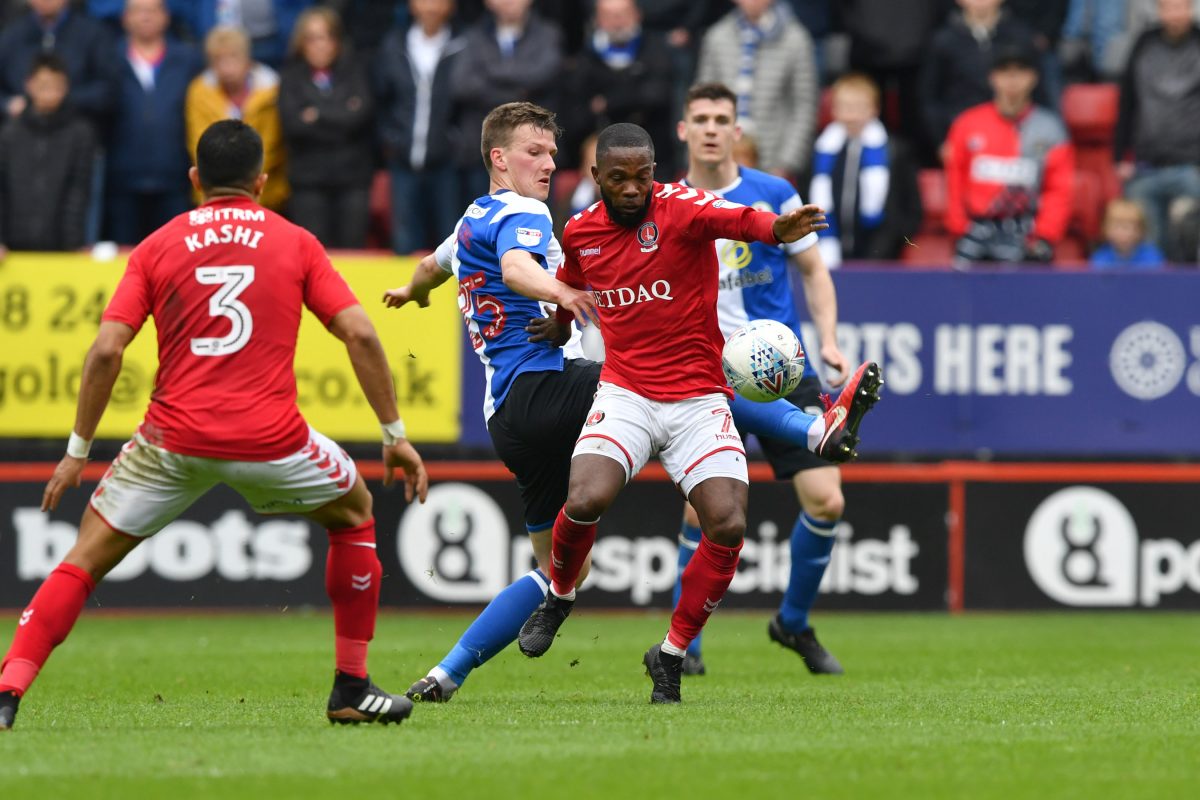 Charlton winger Mark Marshall is hoping it is a case of fourth time lucky in the play-offs.

The 30-year-old has suffered defeat at the hands of Millwall on the three previous occasions – twice at Wembley and once at the semi-final stage.

Charlton’s hopes of a top-six finish can become almost a formality if Scunthorpe beat Plymouth Argyle tomorrow – leaving the latter needing a big goal swing on the final round of fixtures on Saturday.

Asked if his previous play-off heartaches were extra motivation, Marshall replied: “Yeah, of course. I’ve had three disappointments against the same club.

“It was one of the best days of my life – being out there on the Wembley pitch. It is every kid’s dream. But that losing feeling, I can’t even explain it when you have people running and jumping in your face and you can’t do anything – you’ve just got to look at them.

“Hopefully it is fourth time lucky, that this is the year for me.”

Marshall, signed in the summer on a free transfer from Bradford City, revealed how he did extra training when he was left out of the matchday 18 against Scunthorpe on April 14.

He chose to do an extra session with the fitness coach in the morning.

“You have got to create your own luck. If I didn’t come to the game and didn’t do anything then it wouldn’t have put me in a better position.”

Marshall put in a dogged shift in Saturday’s 1-0 win over Blackburn Rovers and is confident the Addicks will prevail in their promotion push.

“We have got one of the most talented squads in the league. There was a little bit of inconsistency earlier in the season but you can see the belief and fight. It is not all about talent, sometimes you have got to scrap your way to victory. We are showing teams we are no easy pushover.

“The fight, hunger and quality we have makes us a match for anyone in the division – we proved that on Saturday.”