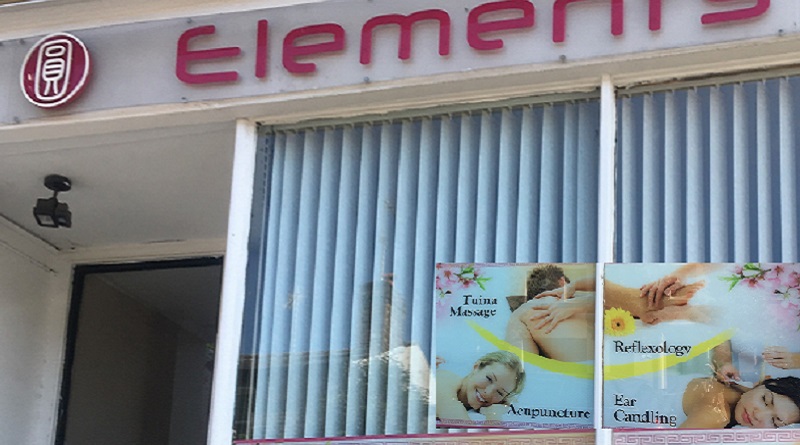 A massage parlour has had its licence application revoked after undercover investigators were offered sexual services.

Kensington and Chelsea council’s licensing committee decided not to renew the special treatment licences for Elements in Earl’s Court.

The business in Kenway Road says it offers massage and acupuncture, ear candling and reflexology.

According to a witness statement, one of the undercover researchers, who paid for a £30 massage, was not asked to sign into an appointment book or to complete a health questionnaire, which is normally a requirement of the licence agreement.

The investigator’s report said that after the massage: “The female masseuse asked me if I would like ‘extras.’”

He said that after asking what this meant, he was told she could provide an extra ‘intimate’ service for £40, which would not include full sexual intercourse.

The other investigator, who visited on May 31, had a similar tale, saying he was offered extra time and topless sexual services, which stopped short of intercourse.

Hui Luo, who is the director of Oriental Hand Warm Limited, which has the lease for Elements, explained in an interview at the council that she had been unwell and that she “would go to the premises occasionally”.

In the interview she said: “All therapists know they cannot offer sexual services.”

Her solicitor Robert Sutherland told the committee the licence has been renewed every year since 2014 without objections.

He said: “As a responsible operator we are making it very clear to people coming on to the premises that we do not offer sexual services.”

He told the hearing that it was accepted “that breaches had occurred. It is accepted that standards fell below what they should have been”.

But he said Ms Luo had taken steps to address the problems, and to ensure medical questionnaires were completed to comply with the licence conditions.

He added the business was ensuring that therapists are properly trained.

Mr Sutherland also argued that there was a file in the reception area with the names and photographs of receptionists, as part of the licencing conditions.

He added that the business was looking at changing the window display.

The licensing committee heard that training was introduced after the owner was contacted by the council following the undercover visits in June.

However the council’s licensing enforcement officer, David Williams, said when he visited earlier this month, records were not available “not just for one person, but for five different people”.

A signed and dated medical questionnaire has to be completed for every customer getting treatment, as part of the conditions of the special treatment licence.

Mr Williams said when he visited in September a notice with details of who was in charge that day was not visible. However the committee was told by Mr Sutherland that it had fallen on the floor.

Mr Williams said during his visit on September 13 “there was no evidence that the training had taken place”.

Ms Luo said she has given staff more training and plans to be at the business five-days-a-week to oversee it. She is considering whether to appeal.

Mr Sutherland said after the hearing: “We are just very disappointed.”