Nigel Adkins is confident that Jayden Stockley’s peak years are set to be in a Charlton Athletic shirt.

The striker, 27, signed a three-year contract on Tuesday after joining from Preston North End for an undisclosed fee.

Stockley, who scored eight goals on loan for the Addicks in the second half of last season, is the first deal done by Adkins since he replaced Lee Bowyer in the Valley hotseat.

Portsmouth were also heavily in the mix for the centre-forward.

“He’s just coming into his prime,” said Adkins. “You look at the age of teams who probably get promoted and the age of the strikers. Yes, you are going to maybe have a very quick youngster who does well – but a lot of the time they have a striker of a good age who knows what the game is about. Jayden does, he knows how to look after himself and lead the line as a team player. 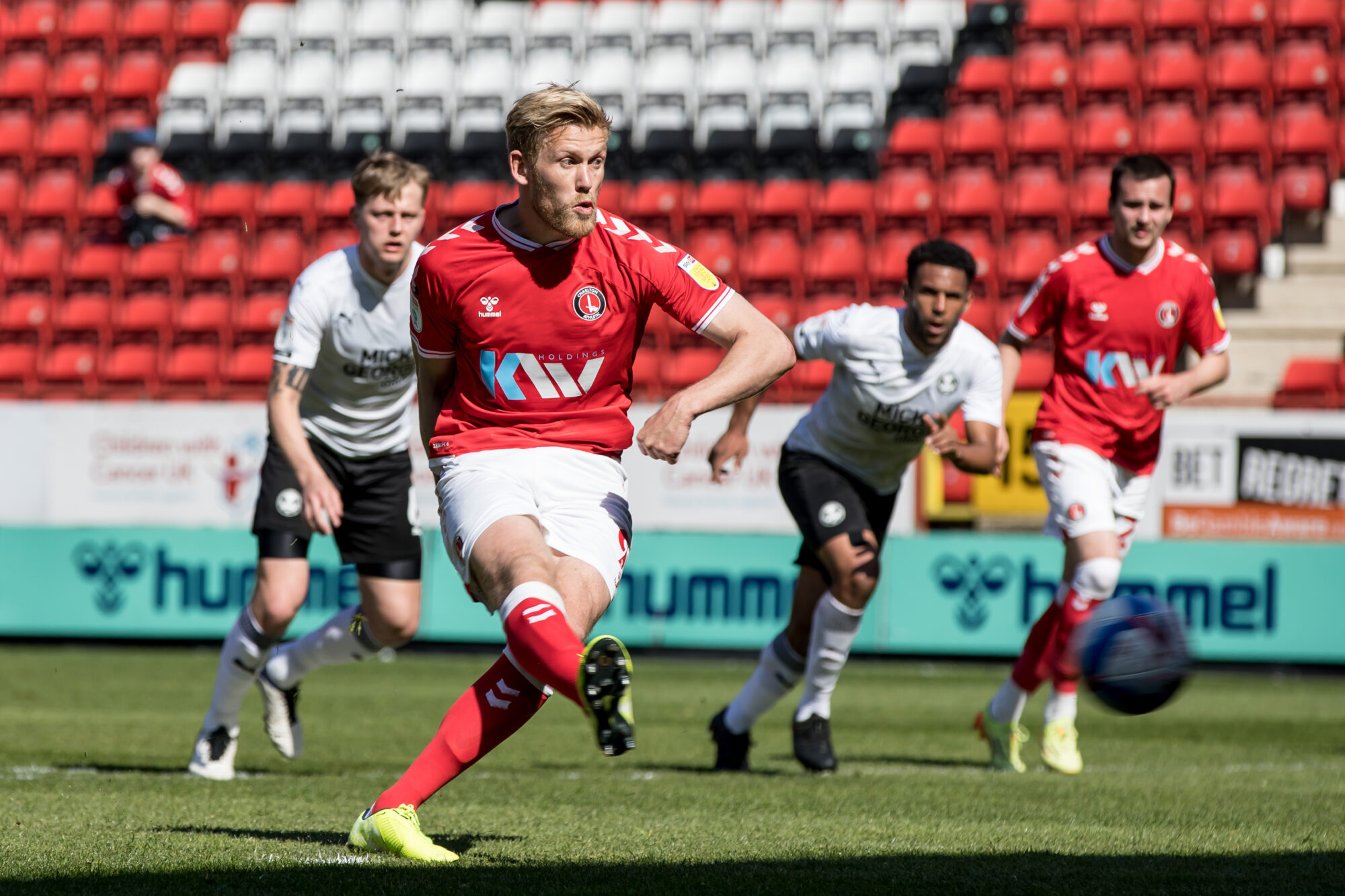 “In the 10 games I was here he had a massive influence in how we were approaching them. We only lost one game, when he missed a penalty against Peterborough, and that was one of our best performances.

“He’s a good player, especially at League One level. It has taken all summer but we’ve finally got him onboard. I’m sure the supporters will enjoy watching him perform – he is a massive threat in the penalty area, if you supply him. But he has demonstrated he can hold the ball up and bring everybody into play.

“He is dangerous in both boxes – and set-pieces are so important in this division.”

Stockley has already talked about putting major pressure on himself as he aims to spearhead Charlton’s attempts to get out of League One. He says the target is automatic promotion after the Addicks missed out on the play-offs on goal difference in May.

“It’s what we’ve all come to Charlton Athletic to achieve – that’s the drive and the ambition,” said Adkins. “We’re hungry. Jayden has got that hunger and desire.

“We’re looking to progress. We know it is going to be challenging because a lot of other clubs are looking to do the same, and a lot of clubs are potentially paying more money than us.

“But we are striving to work as hard as we can to get a team who are working for each other. Jayden is a great first signing – his character is top drawer.

“Our aspirations have been set out by the owner. We know where we want to end up, and we’ve got to work through the stages to get there.

“We’ve got Ged Roddy [technical director] and his recruitment team identifying players for us and Steve Gallen [director of football] tirelessly speaking to agents. They’ve linked up with the owner Thomas [Sandgaard] just to work within the finances that any football club will have, to try and do the best for the football club.”