David Jones, a poet and painter who was acknowledged as an influence by such English titans as T S Eliot and Graham Greene, was inspired by his Brockley home and by his religion. The eccentric artist from Brockley only married when told to by a priest – but his masterwork, In Parentesis, was one of the most prestigious written works of the 20th century. FRANK PACHAS tells his story.

One of the most distinguished British modernist writers lies underneath a grassy gravestone in Ladywell and Brockley cemetery.

His name is not even mentioned in the welcoming message for visitors to the cemetery on the corner of Brockley Road and Ivy Road.

That man was the painter and war poet David Jones, author of In Parenthesis (1937), an epic poem about his experiences as a soldier in the First World War, The Anathemata (1952) and The Sleeping Lord (1974).

His poetry was praised by writers such as T.S Eliot, W.H. Auden and Nobel Prize-winner Seamus Heaney.

Graham Greene said In Parenthesis was one of the great poems of the century.

The overlooked poet was born on November 1895 in a terraced house at 1 Arabin Road in Brockley, which then was part of the county of Kent.

His Welsh father Jim and English mother Alice moved there after living the first years of their married life in Rotherhithe where they had their first two children Harold and Alice Mary, called Cissy.

Harold died at the age of 21 of tuberculosis.

Four years after moving into Arabin Road, David Jones was born and when he was three, the family moved further along Arabin Road to number 67.

That house has a maroon plaque now, unveiled only a few years ago, in a bid to give him the recognition he deserves.

From the age of six, Jones drew well and wanted to become an artist, so his parents encouraged him to sketch animal exhibitions he saw at Regents’ Park.

But it was his Arabin Road house and nearby parks such as Hilly Fields, where he would go and play as a kid, which would nourish his imagination and emerge in his poetry decades later.

During the Boer War, in 1900, the noise of cavalry and the clatter of hooves of the City Imperial Volunteers on recruitment parade awakened him from a nap on his cot.

He thought they were guardian angels – and dreamt of one day riding a horse like them.

Visiting his father’s native Wales for the first time left a permanent mark on him in 1904 and his father strengthened it.

Three years later, when Jones visited Westminster Abbey and saw the tomb of Edward I, conqueror of Wales, he spat on it – but was not caught.

His parents wanted him to study at Hillary Fields College, but he persuaded them to send him to Camberwell Art School in Peckham Road in 1909.

There he studied under A.S. Hartrick, the most eminent artist of that school, also a friend of Van Gogh and Paul Gauguin.

Hartrick introduced him to Impressionism and to the best living illustrators.

Jones did a weekly hour in English literature and read Chaucer, Shakespeare, Lewis Carrol and huge amounts of Welsh literature.

He tried to enlist in the Royal Welsh Yeomanry in August 1914 to fight in the First World War – but was shocked to be rejected.

The Queen’s Westminster Rifles also rejected him too for having a deficient chest measurement.

He was stubborn, so went jogging through the streets of Brockley and Lewisham hoping he could enlarge it.

He eventually enlisted in the Royal Welsh Fusiliers in January 1915 – only when physical requirements relaxed.

He was wounded, but recovered and returned to serve until 1918.

His Anglican upbringing contributed to his artistic and intellectual ideas, but also left him with toxic guilt feelings about having a sex drive.

Jones was attractive, gentle, and witty – many girls became infatuated with him, but he always rebuffed them.

He became a Roman Catholic in September 1921 – even though it upset his parents.

The following year he moved to Sussex to join Arts and Crafts pioneer Eric Gill’s Guild catholic community of St Joseph and St Dominic at Ditchling – which was ironically a hub of sexual abuse, incest and infidelity.

He wanted to become a monk, but a prior advised him to marry.

During the three years their relationship lasted, they became intimate but never consummated their union.

He returned to Brockley to live with his parents in 1927 and carried on painting prolifically, although he continued travelling. 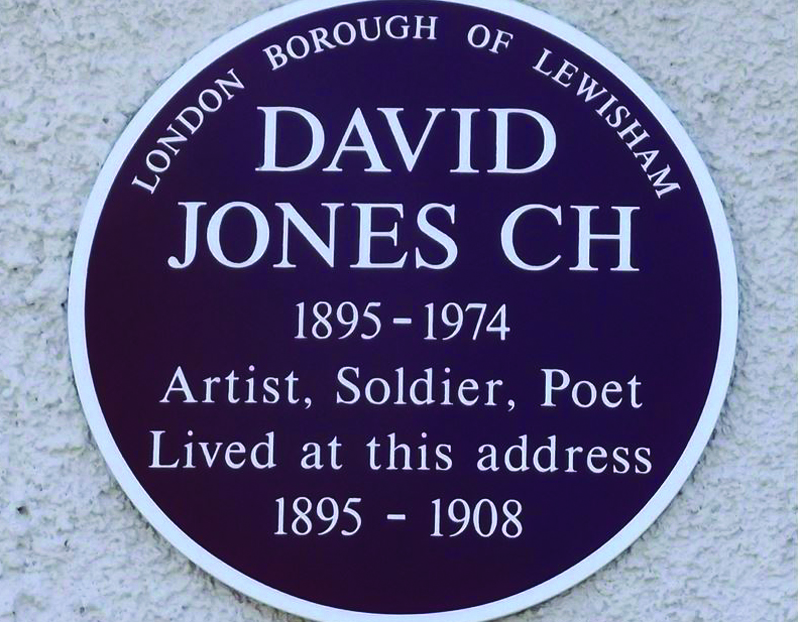 In the following years while Jones was writing In Parenthesis, he suffered a severe nervous breakdown as a result of reliving his war experience and publication was delayed for many years.

A second breakdown in 1947 sent him to a nursing home near Harrow and despite a recovery, his health started to deteriorate gradually.

Throughout the 1960s, he would complain his medication left him groggy and slow.

Five months before he died in his sleep, of degenerative heart failure, in October 1974, he was awarded the rank of Companion of Honour, one of the country’s highest honours for artists.

The mass, in Latin with no music, but one hymn, was at St Mary Magdalen’s in Brockley – with few relatives present.

He was buried in the grave of his parents and sister, not far from his childhood neighbourhood.

Artist Henry Moore in a memorial celebrated one month later in Westminster Cathedral, said about Jones: “I admire his writing, as also his painting and drawing.”