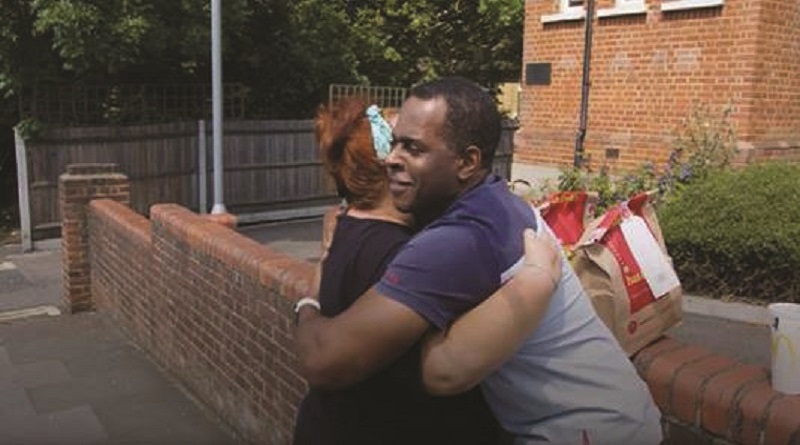 Customers of the UK’s oldest McDonald’s outlet were in for a shock when they opened their front doors to find TV presenter Andi Peters on the door step handing over their burgers and fries this week.

He visited Woolwich, delivering food to residents living around the McDonald’s in Powis Street – which opened its doors on November 13, 1974, making it the 3,000th McDonald’s restaurant worldwide.

During one hilarious drop, the customer opened the door in just his underwear, leaving Andi on the doorstep while he got dressed.