Chiesmans was a large department store close to the clock tower in Lewisham. In the 1930s I was a regular customer in their toy department. 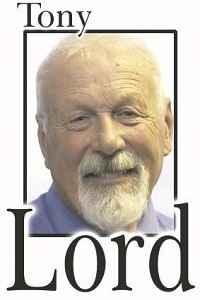 Frank and Harry Chiesman had started the business in 1884 and 50 years later it had become a huge retail empire with more stores in Maidstone, Gravesend and Tunbridge Wells.

Frank and Harry were long gone to that big emporium in the sky and now their sons were employing hundreds of staff at the four shops.

Sales assistants, floor walkers, lift attendants, waitresses, cooks, a chef, delivery drivers, accountants, a man to tickle the ivories in the restaurant and even a store detective who wandered around looking for shoplifters.

The two buildings in Lewisham were connected by a subway under Myron Place and then a bridge was added in 1939.

The Chiesman’s chief concern was the River Quaggy which ran along the front of one of the stores. In very wet winters it would sometimes burst its banks and flood the shop’s basement where hardware and garden stuff was sold.

A ‘flood sale’ would follow with my mother in the queue looking for a bargain among the slightly damp stock.

As the staff had to work on Saturdays the store was shut on Thursday afternoon in those days. The Chiesman brothers were not to do business on Sundays, bank holidays or Christmas Day either.

I happen to know a lady who worked on Saturdays in the haberdashery department when she was 16 and was paid the princely sum of 15 shillings (75p) for standing behind a counter for eight hours being polite to fussy old women.

Now this is where our little gang come into the story.

Dicky Howland, me and the Minchin brothers had come down into Lewisham one morning during the autumn of 1936 and were walking along the road by St Stephen’s Church. We had to pass Chiesman’s rubbish yard and saw a dummy lying by the dustbins.

Chiesmans’ had a number of these child-sized dummies which they clothed in school uniforms, mostly posh schools such as Aske’s, Brockley County and the Roan and also, for all I know, girl dummies for the Prendergast at Catford. The one we could see had met with a nasty accident because he only had one arm.

He was naked with staring eyes and curly, brown waxen hair.

This was the moment when Dicky had one of his brainwaves.

In those days, as bonfire night approached, children would appear in the streets with homemade dummies, hold out their hands to passers-by and say, Penny for the Guy.

“We’ll make a lot of money with him,” Dicky went on.

Nobody was about in the yard so we took the ugly, crippled boy away and hid him in Hollyhedge Territorial barracks where Stan and Cameron lived because their dad, Sergeant Major Minchin acted as caretaker there.

We decided to call the dummy Henry. Gradually we got some clothes for him. I told my mother someone had stolen my jersey out of the cloakroom at school.

Dicky spent a precious tuppence on a pair of short trousers at the jumble sale which covered Henry’s private parts which were not much to speak of anyway.

After bonfire night, which was memorable for the large number of rockets, bangers and jumping jacks we had purchased with our ‘penny for the Guy’ appeal, Dicky came up with the idea of taking Henry to school.

We thought our teacher, Miss Fry, a severe lady with a large bosom would not find this funny but, on Friday afternoons she would go off to another class to teach country dancing, and Mr Footler would come in and look after us for the last part of the day.

Mr Footler was an ineffectual, short-sighted man on the verge of retirement after 40 years at the chalk face.

He liked a peaceful life and so, after playtime, he would enter our classroom with a wad of drawing paper and get the monitor to give us a sheet each. “Be quiet and draw a picture,” he would say and then settle at his desk and doze.

He would never notice Henry if we sat him at the back of the classroom.

So on Friday after dinner we took Henry down to school and amid a laughing crowd we hid him in the boys’ lavatories in
the playground.

After afternoon playtime Dicky and I successfully carried our friend between us up to the classroom and sat him next to Carmel Brickman at the back of the room.

Shock, horror! He had decided to hear us read one after the other round the class, woe betide anyone who had lost the place when it was their turn.

Dicky and I looked at each other and prayed that home time would come before it was Henry’s turn. But this was not to be and eventually Mr Footler peered through his thick glasses and told Henry to carry on.

Unfortunately Henry had lost the place and said nothing.

Mr Footler told Carmel to show Henry the place, which she did, but still Henry did not utter a word. Teachers 80 years ago had short fuses and Mr Footler strode up the classroom and cuffed Henry round the head so that he fell out of the desk.

Poor Mr Footler must have thought for a moment that he’d hit a little crippled boy. “Who brought this thing in here?” he shouted.

Nobody owned up. Eventually Mr Mills, the headmaster, arrived and Dicky and I owned up. Surprisingly we were not caned. Mr Mills had a sense of humour.

We apologised to Mr Footler and were told never to bring Henry to school again.

One thought on “Memories of Tony Lord”