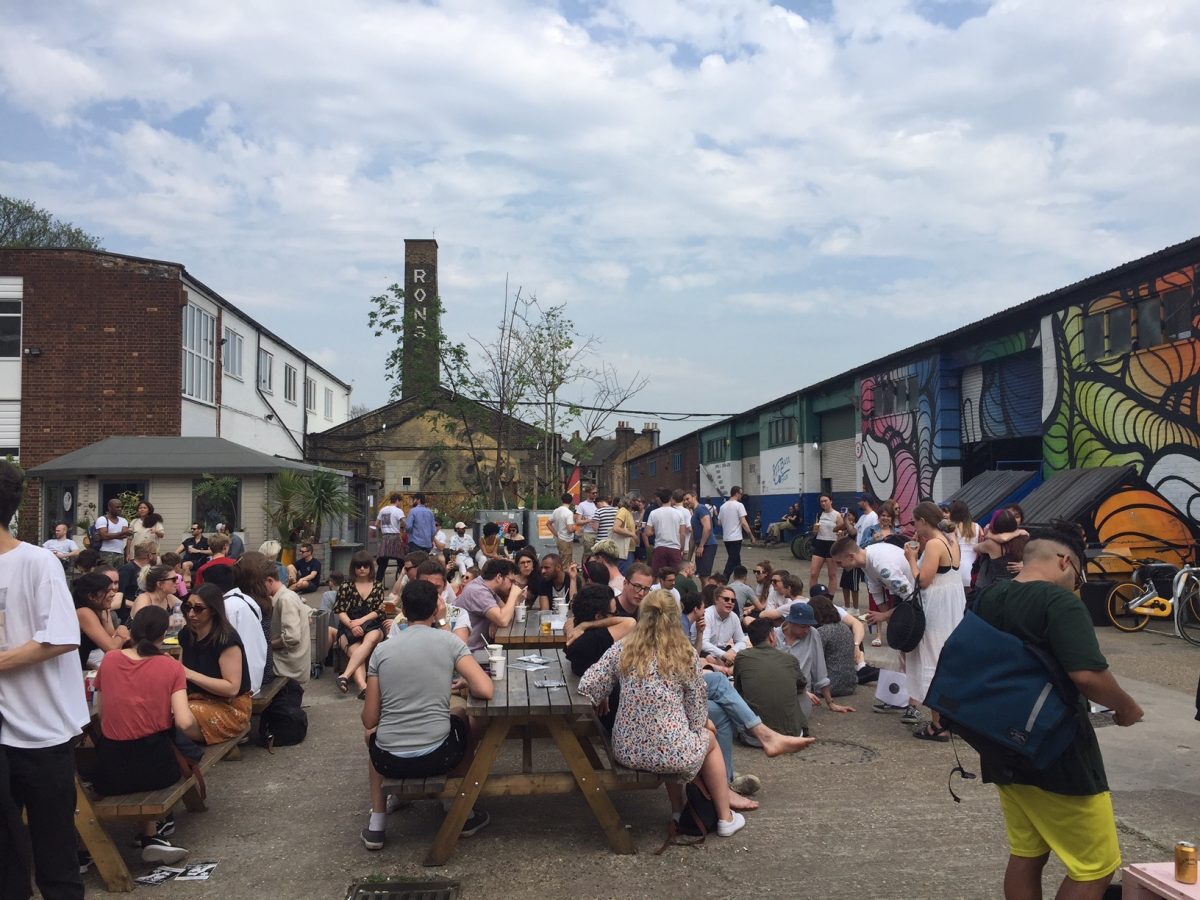 That may be in the process of changing.

But in the late 1970s, while The Clash were writing about the Guns of Brixton, its Southwark sibling’s links were with the lesser-known Crisis.

This band, who played their farewell gig supporting Magazine and Bauhaus in May 1980 and also did a John Peel radio session in 1978, had cut their first single in support of a housing campaign in Peckham.

That vinyl disc, No Town Hall (Southwark), was remembered last weekend when a community group which began life campaigning for better housing in the area, Peckham Vision (PV), took part in a micro festival of music.

Rye Wax hosted its annual Run Out micro festival in Copeland Park, Peckham, for an eclectic mix of the latest dubplates, live music and food.

PV had been founded by Peckham resident Eileen Conn, out of the campaign to save Copeland Park from demolition 10 years ago.

At the micro festival, PV was displaying its own original 1979 punk vinyl cutting of No Town Hall (Southwark) by Crisis. The track had been produced as part of a campaign led by the Peckham Action Group (PAG), also founded by Eileen, against the demolition of the north side of historic Peckham High Street for a four-lane road and new town hall.

Lyrics such as We want homes, homes for all, we don’t want Southwark’s Town Hall resounded through Copeland Gallery on Saturday, recalling the community’s call for affordable housing almost four decades ago.

But it echoed the current campaign for affordable housing across South London which had been heard at the community hustings the previous weekend.

That was organised by PV with Vital OKR and Southwark Law Centre for the Southwark Planning Network, linking community groups across Southwark.

Eileen said: “Crisis were a key part of our campaign in 1979, playing on the back of a lorry followed by hundreds of local people marching from Elephant & Castle to Peckham in protest against the scheme. In the end the High Street was saved, ensuring the record’s and PAG’s place in Southwark history.

“It was exciting to be part of the Rye Wax music festival and make the links between local community action 40 years ago and Peckham Vision’s work now.

“There was a lot of interest and appreciation in the role of community action in saving an area’s character. This song has as much relevance today as it did then.”

One volunteer at Peckham Vision said: “Events like this show the deep- rooted involvement that Peckham Vision has with the community today. It seems that companies that inhabit Copeland Park owe a lot to Peckham Vision and it’s great that they are keen to work with them to celebrate the heritage of the group.

“Songs like No Town Hall (Southwark) are hard hitting political statements that demonstrate the influence that music and community action groups can have on our urban landscape.”

As a postscript, also played on the stall in the micro festival on Saturday was a recording from earlier this year of the re-formed Crisis.

Bassist Tony Wakeford said: “It became increasingly obvious that there was major interest in Crisis and that the band and songs held a special place in people’s hearts.

“There is obviously a growing interest in that period, with a lot of bands reforming. Crisis were an important part of that history, and I think the band sound fresh and the songs are still valid, perhaps even more so today.”