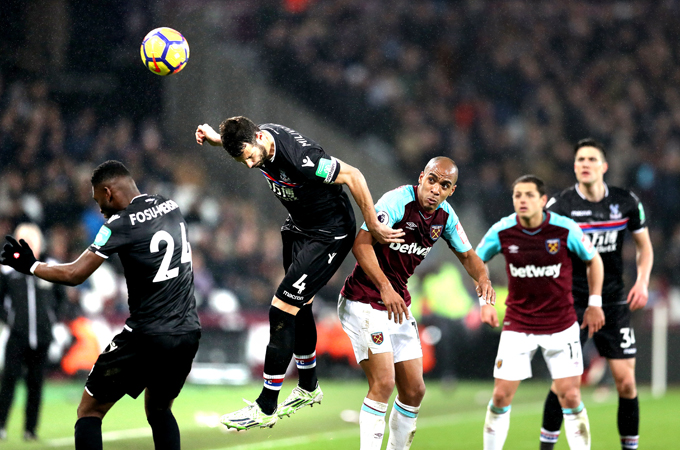 Luka Milivojevic reckons Crystal Palace’s point at West Ham United in midweek can only be put into context after Sunday’s home game against Newcastle United.

The Eagles took the lead in east London through Christian Benteke but Mark Noble’s penalty just before half-time saw the contest finish 1-1.

“We spoke in the dressing room and felt that during the game maybe we should win it but we have to respect the point,” Milivojevic told the South London Press.

“The first half was maybe better [entertainment] for the supporters, but in the second half neither team had many chances.

“They had one good chance and Wayne [Hennessey] made a brilliant save. Both teams deserved a point. We will see after Newcastle – if we take three points from that game then this point will be massive.”

Milivojevic was booked after just four minutes at the London Stadium and admitted it played on his mind.

“It’s hard to continue in the same way with the same tackles,” he admitted. “You have to be careful. I had a few situations maybe where I needed to go stronger to make a little bit of a harder tackle, but I had in my mind it would be dangerous.

In the end I controlled it fine and I’m satisfied.”

Mamadou Sakho, Joel Ward and Yohan Cabaye return to the Palace squad following injuries, but they lost the in-form Bakary Sako late in the first half due to a possible season-ending injury.

“With Sako on the field we looked so dangerous,” said Milivojevic. “But again we picked up an injury – which is crazy for us.

“It’s good to have Cabaye back. We had many injuries in the last period and maybe we changed our formation a little bit.

Selhurst Park is sold-out for the visit of Newcastle on Sunday (2.15pm kick-off).

Milivojevic said: “The fans will expect to take three points from this game for sure. It will not be easy.

“We have some time to think and prepare for this game, and we will do everything we can to take three points.”