Millwall’s hopes of boosting their Championship play-off hopes were frustrated tonight as they failed to turn second-half domination into a goal.

The Lions had 14 corners in the match but it summed up a lack of quality in terms of finishing that many of those did not overly test a well-marshalled Birmingham defence.

The first period was desperately scrappy but Gary Rowett’s side were more composed on the ball after the restart and Lee Camp made saves to keep out a Jayson Molumby strike and Jon Dadi Bodvarsson’s header. 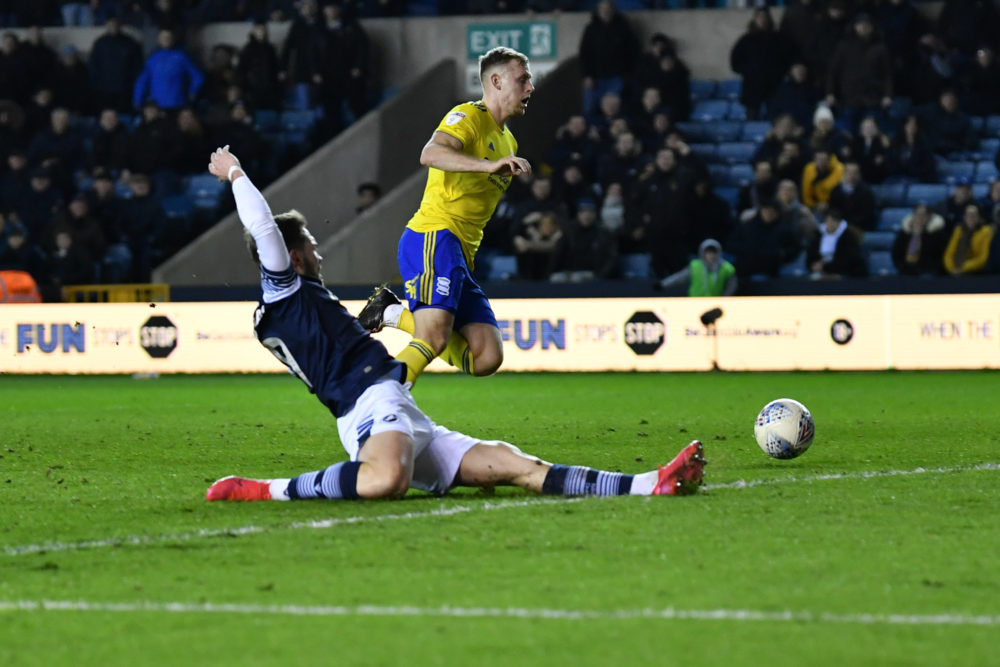 Millwall went close on 77 minutes. Mahlon Romeo and Jed Wallace combined well in the second half down the right and one move ended with the latter whipping in a low cross which just evaded a sliding Tom Bradshaw.

Birmingham’s best chance came in the opening couple of minutes when Scott Hogan dinked an opportunity wide of the right post with Bartosz Bialkowski left a spectator as he watched the ball miss the target.

The Blues did not muster an effort on target but felt aggrieved that Kristian Pedersen’s goal was struck off for a foul on Jake Cooper.

The Lions have won one of their last seven league matches and failed to score in four of those.

They are 24th in the Championship standings for scoring goals in open play.

Millwall moved up a position to 10th after the Wednesday night action and they are six points behind sixth-placed Preston North End.