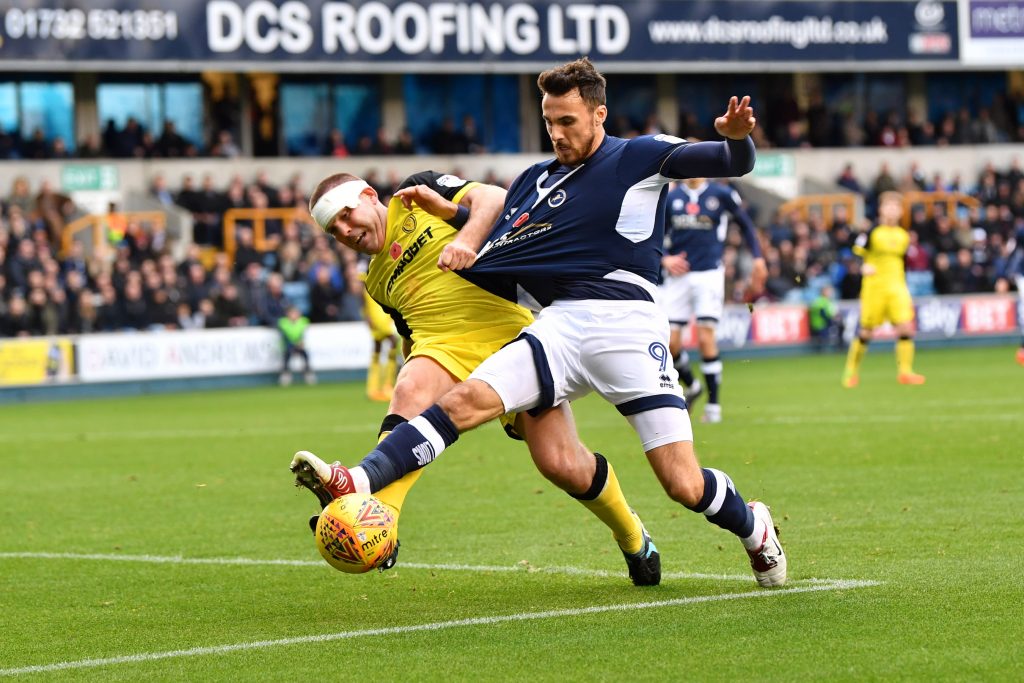 The scores were level when Wallace produced a cynical trip to bring down Tom Flanagan as he broke forward down the left.

But referee Harrington decided it was a straight red card offence as he dismissed the former Wolves man on the hour mark.

It was to get worse for the home side as Marvin Sordell fired Burton into a 70th-minute lead.

Millwall were not at their most fluent offensively but still contrived to miss opportunities. Aiden O’Brien somehow fired over towards the end of the first-half as he latched onto Wallace’s volley while the latter failed to get a clean connection when the pair combined moments later.

Lee Gregory struck the post right at the end of the match after Stephen Bywater went full stretch to save at the feet of substitute Fred Onyedinma.

The dismissal looked incredibly harsh. Wallace made no attempt to play the ball as he brought down Flanagan. Harrington raced onto the scene and brandished a straight red card. It is the fourth dismissal suffered by the Lions this season – but the calls against Wallace and Gregory, sent off at QPR, looked incorrect ones.

Sordell has history with Millwall fans. And it summed up the afternoon for Millwall that he managed to thump home the winner, despite the best attempts of Conor McLaughlin on the goal-line.

The result drops the Lions to 19th in the Championship standings.