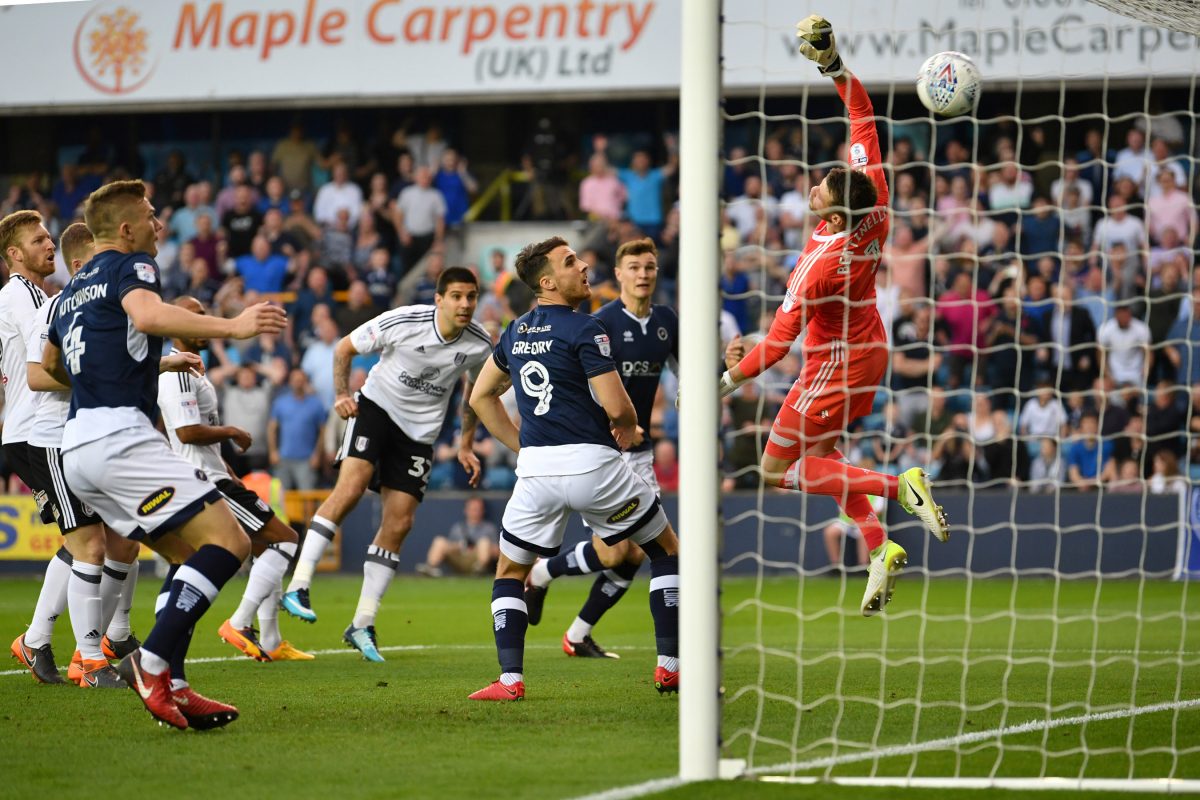 Millwall’s 17-match unbeaten league run was ended by Fulham in the battle of the two sides who have been on a storming sequence of results.

The Cottagers made it 22 games undefeated, all their goals coming in the second half from Ryan Sessegnon, Kevin McDonald and Aleksandar Mitrovic.

But before that they were really put under the cosh by a rampant Millwall side who hit the woodwork and saw Tim Ream – magnificent throughout – clear off his own line.

It was a clash of the two form sides in the division in 2018, with neither tasting defeat this year going into the contest.

But the incredible volume inside the Den – coupled with the intensity of a clearly pumped up Millwall side – saw Fulham look instantly unsettled.

The Lions were unlucky not to be ahead just four minutes in when Jake Cooper’s header beat Marcus Bettinelli but crashed back off the crossbar.

Fulham struggled to get out of their own half in the opening 20 minutes as they were never allowed to settle.

Cooper was needed to clear away from his line when Sessegnon drove the ball across the face of goal from the left of the box.

Matt Targett dragged a poor shot off target on 28 minutes before Tim Ream was forced to make a desperate sliding interception to prevent Jed Wallace putting Millwall ahead moments later.

Not for the first time it had been Ben Marshall’s cross which caused problems and the ball dropped for Wallace, but by the time he struck for goal it allowed the Fulham centre-back to just about get back in time.

Wallace picked out Steve Morison on the left of the box but the Lions captain’s cross was too high for Lee Gregory. Shortly after and another Marshall ball in was met by Morison just before Bettinelli, but the striker’s header went harmlessly off target.

Fulham had created so little of danger but struck the woodwork themselves in time added on at the end of the first half. Tom Cairney pushed the ball into the left-back’s path and his fierce hit clipped the top of Jordan Archer’s crossbar.

But all of that endeavour by Millwall counted for nothing 42 seconds into the second half.

Aleksandar Mitrovic’s shot was parried by Archer and Sessegnon was on hand to rifle in the loose ball.

And Fulham extended their lead on 56 minutes. McDonald producing a searing right-footed strike which Archer got a hand to but could not prevent finding the top left corner of the net.

It took 73 minutes for Millwall to test Bettinelli with a shot, Williams striking a low one straight at the keeper.

Sessegnon continued to be a nuisance and drilled another effort narrowly wide of the far post after Cairney had slipped him in.

And Mitrovic capped off a highly-professional second half from Fulham as he curled beyond Archer.