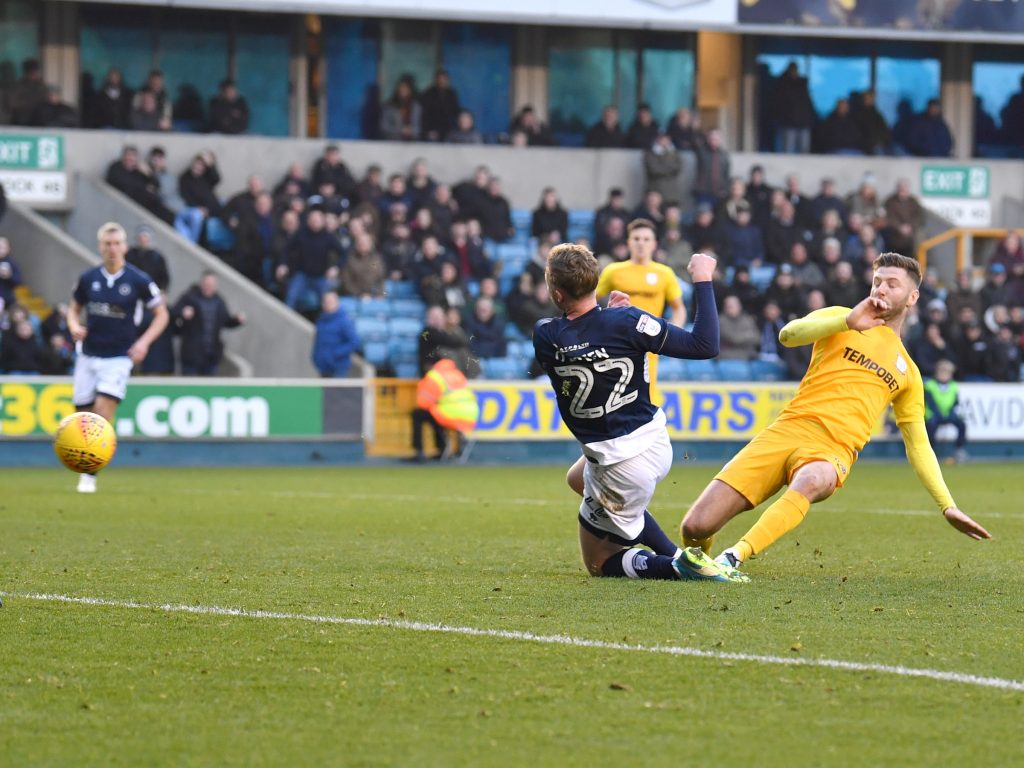 Millwall extended their unbeaten run at The Den to seven matches but could have few complaints about only taking a point from the visit of Preston North End.

The Lions went 1-0 up through Aiden O’Brien’s neat finish to enjoy a half-time lead.

But Callum Robinson levelled up with 10 minutes remaining. North End enjoyed  more of the possession and a territorial advantage in the second period and a draw was about right.

You could not fault the application on show and it was an enjoyable contest to watch, with the only complaint that there was not enough goalmouth action with neither keeper tested too much.

Millwall went in front just before the break. O’Brien, fresh off his double in the FA Cup, did well to nick Jed Wallace’s cross beyond Chris Maxwell from close range. Steve Morison’s pass – not for the first time this season – had opened up  a gap on the right of the Preston box in the build-up.

O’Brien had been on the end of other opportunities before that but not been able to get the correct connection.

Ryan Tunnicliffe volleyed a right-footed effort wide in the 37th minute in an opening 45 minutes that was smattered with half-chances.

George Saville drove wide but the disappointed for Lions manager Neil Harris will be that his side really struggled to create.

Millwall had defended diligently but were punished when their guard slipped. Greg Cunningham was allowed space down the left and his accurate ball in from the left was chested over the line by Callum Robinson.