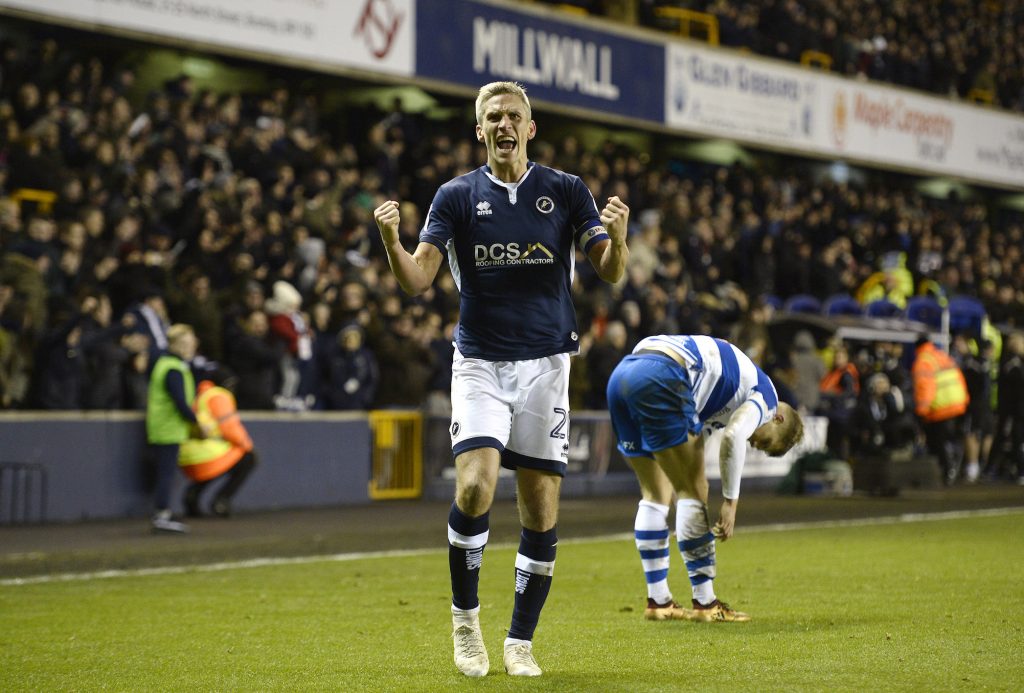 Steve Morison once again proved to be the man for the big occasion as his first goal of the season made it an unhappy Den return for Ian Holloway.

The former Millwall manager was back in this South London postcode for the first time since his dismissal in March 2015 and the verbal abuse started as soon as he stepped off the QPR team coach.

They had waited to unleash their vitriol on the man they held firmly to blame for relegation in that campaign.

The Bristolian would once have dreamt of his name ringing around Millwall’s home – but this was in an entirely different context.

As the Lions rebuilt in League One, Holloway was quickly back in employment as he took up a punditry job with Sky Sports before being tempted back into management with his old club.

And the abusive chants continued during the match. Holloway was quickly down the tunnel at the full-time whistle, only stopping to shake the hand of Neil Harris, the man who replaced him in the Lions hotseat.

It would have been totally harsh if Millwall had not gained the three points. QPR pressed in the closing stages, but without real conviction.

Morison ended a 24-game goal drought with his header early in the second half. Jed Wallace, just one of a number of outstanding performers on the night, produced the cross and the Lions captain met it from close-range.

It was his first goal since May’s League One play-off winner against Bradford City and took him to 87 goals for the club in 269 matches.

This latest victory only served to underline the fact that this Millwall side are too good to be dragged into the Championship survival fight. They have taken 10 points from a possible 12 in their last four fixtures at home.

A seventh victory of the campaign sees them climb to 15th in the table – 11 points separating them from the last play-off spot and the first relegation place. They are on course for a comfortable finish.

The first 45 minutes were not lacking in effort from either side, but it lacked the kind of action to raise the volume levels in the stands.

Aiden O’Brien knew little about George Saville’s cross in as the Lions midfielder tried to rework a partially-cleared corner kick and the ball cannoned wide of the left post.

Wallace and O’Brien switched wings 16 minutes into the derby but still could not make major in-roads, with the west London visitors fielding a 3-5-2 formation.

The first opportunity came on 28 minutes but Alex Smithies saved with his legs from George Saville as QPR found themselves needing to defend a little more resiliently as the pressure cranked up.

Grant Hall produced a vital block on Lee Gregory’s shot soon after as the Millwall number nine was able to spin in the box from Wallace’s clever low delivery.

This Lions’ side are far more than just a direct and physical unit – as clinical counter-attacking goals against Sheffield United and Wolves have shown. And some one-touch passing saw Ryan Tunnicliffe loop the ball onto the run of Wallace on the right of the penalty area but he could only find the side-netting.

Rangers had barely threatened, bar some forays down the flanks, but forced Jordan Archer into an important stop shortly before the break. Alex Baptiste’s cross from the right found Jake Bidwell unmarked at the back post, his header repelled by the Lions goalkeeper.

Then came Morison’s moment. Wallace did excellently as he picked out the Millwall captain from close-range – and he made no mistake with his header.

QPR, quiet up until that point, finally began to apply some pressure and Archer spilled Massimo Luongo’s shot but recovered quickly to gather the loose ball.

The Lions defended excellently but Matt Smith gave them a late scare as he climbed to meet Luke Freeman’s corner, only to see his downward header bounce down and just wide of the right upright.

In the end Holloway and Rangers got what they deserved – nothing. Victories? They don’t come much sweeter than this for the Millwall support.