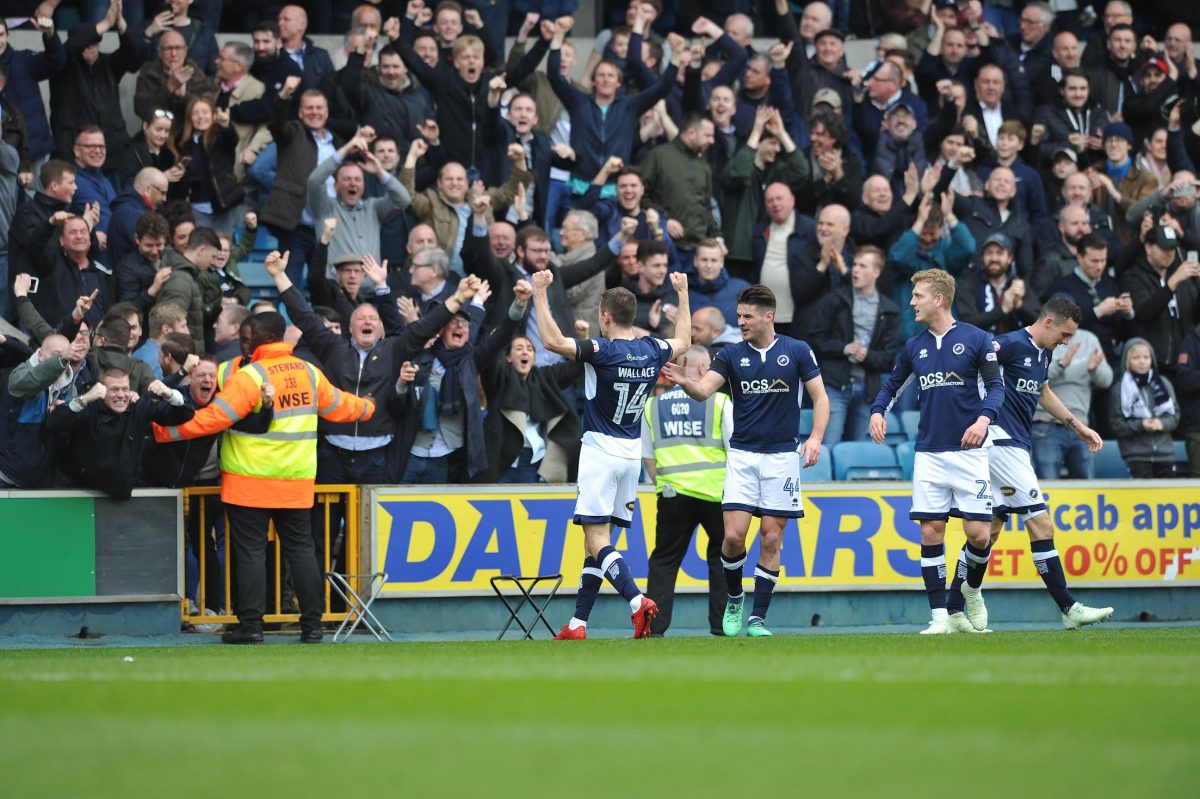 Millwall moved up to seventh in the Championship table as they extended their unbeaten league run to 15 matches.

The Lions have not lost since New Year’s Day and goals from Jed Wallace and Steve Morison ensured that they won this battle of play-off hopefuls at The Den.

Wallace produced a superb strike to push Millwall ahead early on before Morison’s 90th goal in club colours put the hosts in a comfortable position.

City tried to apply pressure but were frustrated by a no-nonsense and disciplined defensive display which saw Jordan Archer rarely worked on his way to yet another clean sheet.

The day started promisingly for the Lions with Sheffield United – one of their main rivals in terms of chasing down Middlesbrough – losing 3-2 at Barnsley.

And Bristol City arrived in South London with an uninspiring recent away record, drawing five times in a winless nine-match period on the road.

The form of Millwall, by contrast, was formidable – 14 Championship games without tasting defeat and unbeaten in the same number of league games on their own manor.

And it was the Lions who drew first blood with a wonderful finish by Wallace. The winger still had plenty to do after being fed the ball by Ben Marshall on the left of the box but produced a bending strike into the top right corner of the net.

City were struggling to gain any kind of foothold on the contest and quickly resorted to hitting efforts from distance which were no trouble for Jordan Archer.

A stretching Eros Pisano just failed to reach Joe Bryan’s free-kick which sailed through to the far post early in the second half but soon after the scoreline moved to 2-0.

Morison showed his experience not to snap off a shot as a City defender made an unsuccessful slide to try and snuff out the danger from Lee Gregory’s pass and the skipper tucked it past Fielding.

Only the most desperate of scrambles from the visitors prevented it from almost instantly becoming 3-0 to the Lions.

City continued to produce wayward strikes from outside the penalty area with Marlon Pack and Milan Djuric both guilty of finding the empty tier of seating in the away end.

It was Millwall who still carried the greater threat and Morison wanted a handball as his header was blocked by Pack at the back post – Marshall once again showing his quality to pick out the Millwall number 20.

From the resulting corner, Marshall’s ball in was met by an unmarked Shaun Williams but the Irishman’s header bounced harmlessly wide.

City tried to apply late pressure but it never felt convincing, with Pack header over a late Korey Smith free-kick.