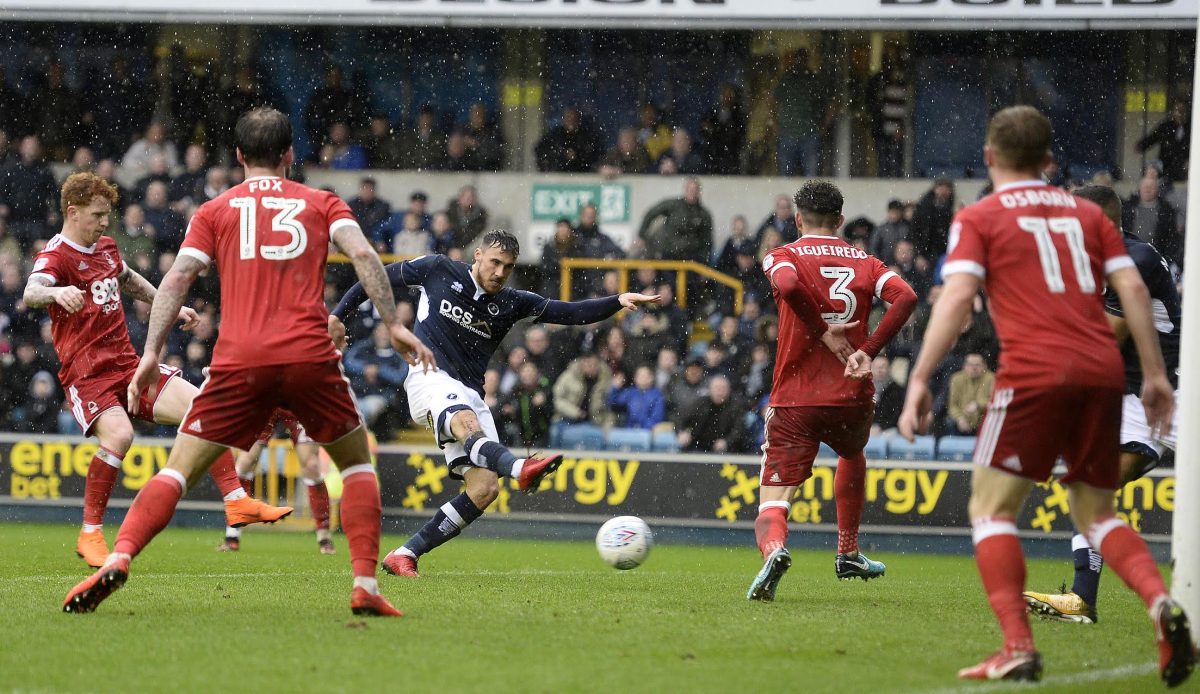 Millwall show no signs of giving up their chase for a play-off spot – with Shaun Williams and Lee Gregory on target as they extended their unbeaten run at The Den to 14 matches in all competitions.

The Lions have also not conceded in over four hours of Championship football and never looked like relinquishing the commanding position they found themselves in fairly early at their rainswept home.

Williams was on the scoresheet on 29 seconds and Gregory gave them a two-goal cushion just past the half-hour mark.

Neil Harris’ side have won seven of their last eight league figures – seven of those victories. A three-point haul at Ipswich on Easter Monday will not only set a club record for successive away league wins – seven – but further fire up their hopes of powering their way into the top-six picture.

A crowd of 16,004, nearly a sellout in the home sections, were rewarded with a controlled performance by Millwall. Their defensive discipline never wavered.

Millwall have made only one change to their starting line-up in the last eight matches – Tom Elliott starting in place of Steve Morison at Hull City – and that settled selection approach, coupled to a lack of injuries, had been a factor in their 12-match unbeaten run going into Friday’s match.

Watson won the toss and turned the hosts around so they were kicking towards the Cold Blow Lane end in the first 45 minutes.

If it was supposed to disrupt the Lions’ routine, it didn’t work. It took just 29 seconds for them to go in front. Jed Wallace’s cross failed to find a dark blue shirt, but Ben Marshall whipped a delivery in from the left for Williams to power his header beyond Costel Pantilimon.

Millwall’s fast start should not be a surprise, it was the third time in four matches they were ahead inside the opening minute – the other two netted by George Saville at Hull and at home to Brentford.

Forest’s back line looked shaky whenever it was put under pressure but they had a chance to level on 20 minutes. Ben Watson’s shot deflected into the path of Barrie McKay but although his lob cleared Jordan Archer it also did the same in respect of the crossbar.

The visitors were patient in their approach play, but were resorting to shots from distance by midway through the first period.

Marshall’s free-kick was pushed away by Pantilimon but the on-loan Wolves winger was yet again heavily involved for Millwall’s second goal of the afternoon. His cross was worked back across by Morison for Gregory to strike into a largely unguarded net.

It was his 10th goal of the campaign – all of those coming in the league. Seven of those have been bagged from Boxing Day onwards.

The moments that Millwall were in danger of being countered – both times by Lee Tomlin – they made tactical fouls which saw George Saville and Shaun Williams cautioned.

Forest failed to take their best chance to make the contest interesting in the 66th minute. Apostolos Vellios – steaming in after Archer could only parry Ben Osborn’s low strike – was unable to keep the ball down.

And it needed former Palace midfielder Ben Watson to be alert soon after, clearing from near to his own goal-line after Jake Cooper hooked the ball into the dangerzone following an unconvincing flap by Pantilimon.