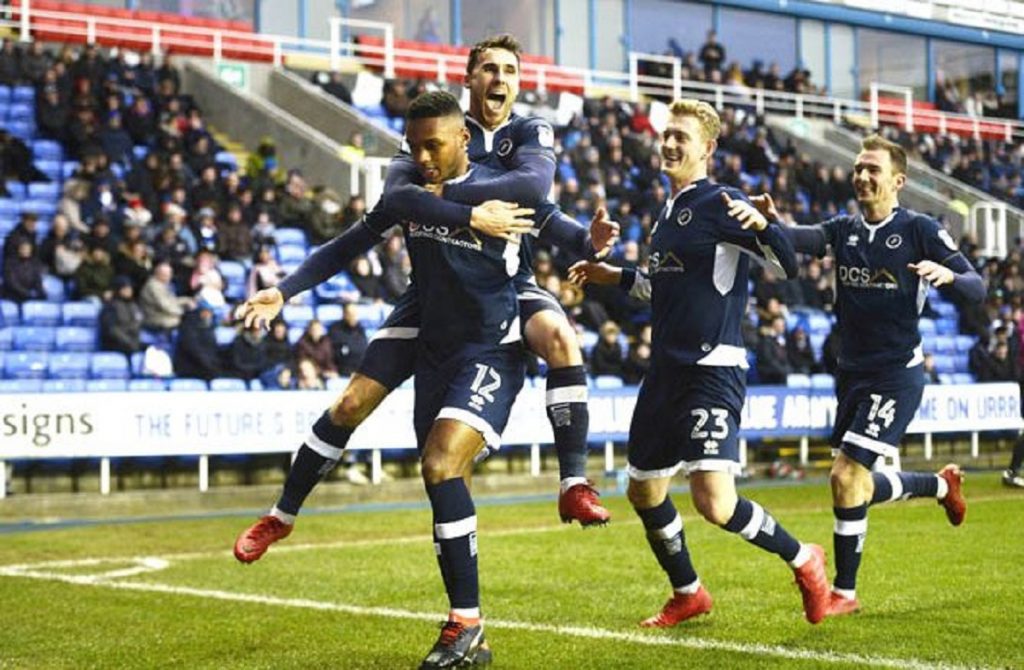 By Jake Sanders at Madejski Stadium

The phrase “like London buses” springs to mind when thinking of Millwall and away wins this season.

A second Championship success on the road in as many games completed a fine week for the club.

Lions legend Tim Cahill’s return last Monday gave everyone a boost after the lacklustre performance against League One Rochdale at The Den. And the improvement in the 0-0 draw against automatic promotion-chasing Derby County on Tuesday was clear to see – the momentum from that result rubbed off in the Lions display at the Madejski Stadium.

Neil Harris handed another opportunity to Fred Onyedinma to show his worth and from the get-go you could tell that the 21-year-old was in no mood to let this chance slide, like he had done on previous occasions this season when given the opportunity to showcase his talent.

Reading were unable to deal with his frightening pace and he was at the heart of all Millwall’s good moments in the first-half. He came close to capping his finest performance of the season with a goal, but Vito Mannone recovered well to block his close-range effort after Jed Wallace’s cross dropped into his path.

That chance was one of many in a first-half that Millwall dominated from minute one. Gregory prodded over Wallace’s cross earlier on, before the former thought he had given his side the lead but he was penalised for offside when tapping home Jake Cooper’s knockdown from a Wallace free-kick.

Conor McLaughlin earlier combined well with Onyedinma and Wallace to create an opening, but the full-back’s powerful volley could only sting the palms of the former-Arsenal goalkeeper.

Harris’ side came within a whisker of going into the break a goal up.

Shaun William sent over a teasing free-kick that captain Steve Morison headed back across goal, a combination of the crossbar and Leandro Bacuna came to the Royals’ rescue.

Bacuna’s luck ended there though, as he deflected in Mahlon Romeo’s cross on 70 minutes to give Millwall a deserved lead. The 2,661 travelling fans had barely finished celebrating by the time Morison found Gregory, who rounded Mannone and slotted home from a tight angle.

The goalscorer will grab the headlines, and rightly so, but Morison’s part in the goal was equally important and comes as no surprise – his sixth assist in his last five appearances. His three at Leeds were remarkable and his cross for Ben Thompson’s injury-time equaliser against Rochdale was not bad either, but the quality shown for this one should not be underestimated.

The Lions threw bodies on the line in the closing stages to protect an 11th Championship clean sheet, the joint fifth-best in the division.

Millwall will have a chance to improve on that record when Championship high-fliers Cardiff City visit The Den on Friday and with only one win away from South Wales since November, The Lions will fancy their chances of extending their unbeaten league run to five.

Since a five-game winless streak towards the end of November, Millwall have taken 19 points from a possible 33, a run that has put them 12 points clear of danger.

A victory against the Bluebirds would put Harris’ side just two points off a top-half place, a position his side have not tasted since late September and one that seemed extremely unlikely 10 weeks ago.