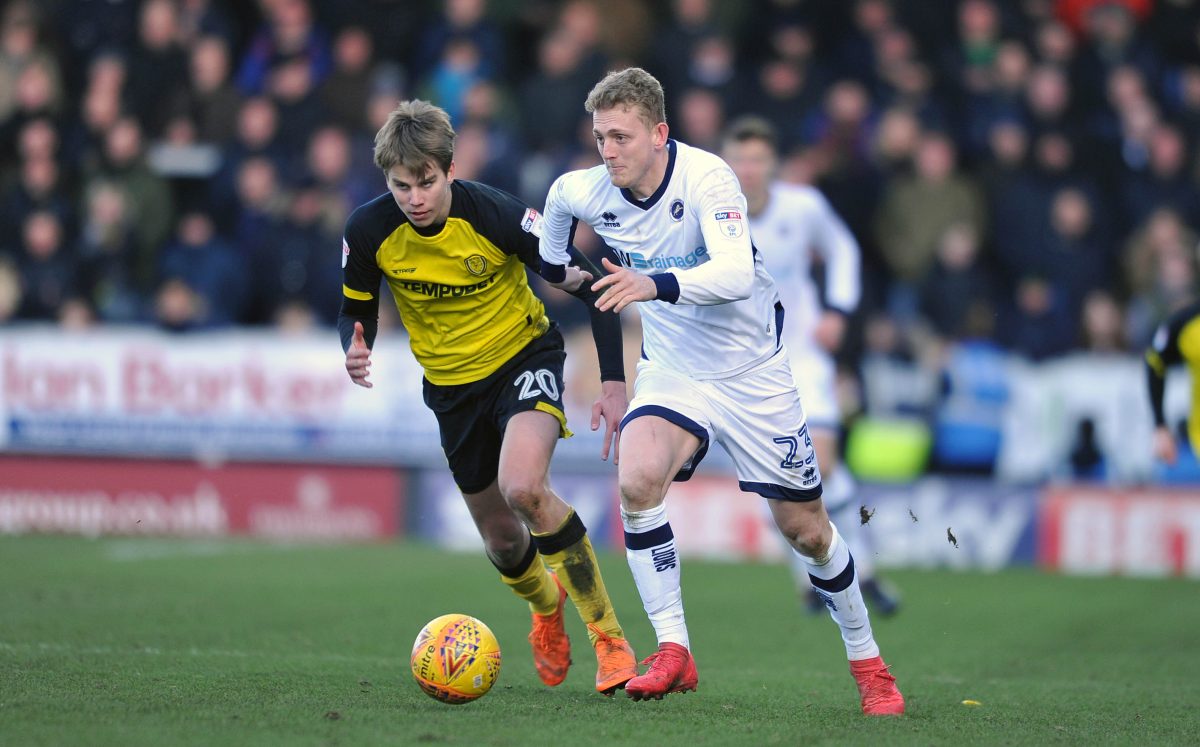 George Saville reckons Millwall’s current form means they are rightly being talked about as late contenders for the Championship play-offs.

The Lions are unbeaten in eight league matches with four straight victories on the road.

Bristol City are the sixth-placed club and lost 1-0 at Cardiff City on Sunday to leave Millwall only six points adrift.

Asked about the play-offs, Saville said: “There’s no reason why not. We are now looking up more rather than down. The form we’ve shown in the past five or six games shows why we cant have a go at them really.

“We shouldn’t get ahead of ourselves. The aim at the start of the season way to stay up. People were writing us off – but we knew in the team we were good enough to stay up. It’s great to be able to prove people wrong.

“We’ve overachieved a little bit and got ourselves in a really good position.

“The results are coming away from home, which they weren’t before. I think that’s a key factor. We weren’t getting the results we deserve away from home. There were many games where we should have won or nicked something but we didn’t. After the first away win against Leeds we haven’t looked back.

“Positive results bring confidence throughout the side. There is more belief in the squad and we’re going into games thinking we’ll be disappointed if we don’t win this. Saturday was another example of that.

“We’ve got 12 games left now, so we can go and enjoy ourselves with no pressure on us – we’ll see where that takes us.”

Ben Marshall opened his goal account for the Lions at the Pirelli Stadium. The winger arrived from Wolves at the end of January – and was a Molineux team-mate of Saville, who made a permanent switch to the Lions in the summer.

“Obviously he’s added that extra quality which is great,” said Saville. “I know what he’s about. He got us that goal we needed. It doesn’t matter how the first one comes, but it gets him off the mark and hopefully now he can push on. “