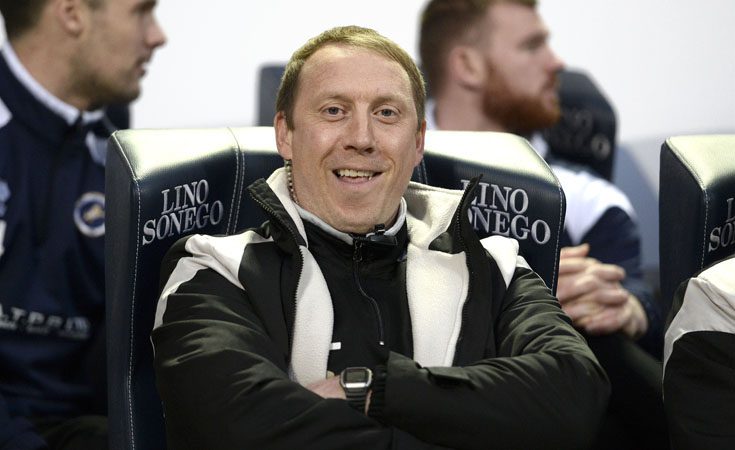 Millwall’s hunt for a Championship play-off place looks set to go right to the wire – and that is no cause for concern to assistant manager David Livermore.

The Lions have surged into the top-six for the first time after Tuesday’s 2-0 victory at Bolton Wanderers.

And their run-in is against other sides pushing hard to be in the Premier League next season – Sheffield United, Fulham, Middlesbrough and Aston Villa.

The regulation campaign ends on May 6 when Villa arrive at The Den for a high-noon showdown.

“It looks as if it is going to go right to the end because teams at the top are playing each other,” said Livermore. “I think it is going to be tight. If that means we need something against Villa on the last day of the season then we’ll all be delighted.

“Those other clubs have the statures and spending that they need to get up. We don’t. We’d like to and want to but we don’t have to – we’re in an incredible position already.

“Last season we 100 per cent had pressure because we had a top-six budget in League One – so we should be getting in the top six. That’s the difference – this season we have a bottom-four budget and are in the top six.

“If you look at the leagues across Europe there is a high correlation between wages spent and league position. We are well above where we should be.

“We have a desire to be in the top six. We have good players, a good work ethic, good organisation, good staff and positive fans. The board has been excellent. There has been good recruitment – it just goes on and on. There is a positivity around the football club at the moment, we have got to feed off that and keep building with little steps.”

Next up for Millwall is a trip to Sheffield United tomorrow.

The Blades powered to the League One title last season and were one of the early season pacesetters. But the Lions’ 16-game unbeaten run has seen them move ahead of Chris Wilder’s side.

Livermore said: “They won’t be happy with that, will they? If you look at the three teams promoted, they have been, until recently, the standout side.

“I don’t think they’ll be too happy with us overtaking them but they’ll still feel there is all to play for after beating Middlesbrough on Tuesday night. If they get three points against us they will feel they are in a good position.

“They are a good side. A bit similar to ourselves, they have recruited really well. We’re anticipating a tough game up there. It will be a big crowd and we’ll play pressure-free, enjoy the occasion.”

When asked to sum up Millwall’s progress since New Year’s Day- a lengthy undefeated sequence including a host of impressive wins on the road – Livermore replied: “Honest hard work.

“Lee Johnson [Bristol City manager] summed it up at the weekend. He spoke about us doing the world-class basics  really well and that the sum of our parts is greater than the individuals. That is the biggest compliment you can give this group of players.”

So now Millwall are in one of the prized play-off box seats, does it make them the favourites to see it through?

“I think there are a lot of turns,” responds Livermore.

“There are still four or five teams that could potentially still get in there and they are all playing each other. They will be taking points off each other and it is all to play for. If we win our last four games we will be in there.

“From our point of view, it is in our hands but I’m sure there are some twists and turns. We’ve got some really tough games coming up, but ones we should approach with the same mindset as we have had since the turn of the year and since we were mathematically safe – to play without pressure or fear.

“We don’t look at the league table just yet. We just need to keep playing with freedom.”