A weekend report claimed that the Lions had agreed a £750,000 fee with Reading for Icelandic international Jon Dadi Bodvarsson.

Harris has refused to discuss individual transfer targets but the South London Press understands the
27-year-old, who can play as a centre-forward or a wide left role, is on their summer shortlist.

Bodvarsson is available as the Royals – under a ‘soft’ transfer embargo – want to make signings of their own. He only started nine matches last season but scored six times in 20 outings.

Bodvarsson’s deal at Reading runs until next summer. The Berkshire outfit snapped him up from Wolves in July 2017 for £1million.

Harris said: “Some of the rumours are far from the truth – players at clubs we have never heard of – but some are a lot closer to the truth.

“We are in the market for another striker, one that can complement the players we have already. We are looking to add to that department this week.

“We are going to Portugal on Friday and I’m hoping to have a couple of new additions coming with us.

“But again, as ever, nothing can be guaranteed – however close you get to players. You never take it for granted it is going to get done.

“We’re pushing very hard to try and get two more players on the plane, but if it ends up as one then that is still fantastic.

“Players have been identified and deals almost agreed with people. We are edging closer. I’m quite positive this week we are going to have some big news.”

Striker Tom Elliott will miss the trip – he was due to undergo a scan yesterday on the hamstring he injured in Saturday’s pre-season opener at Concord Rangers. 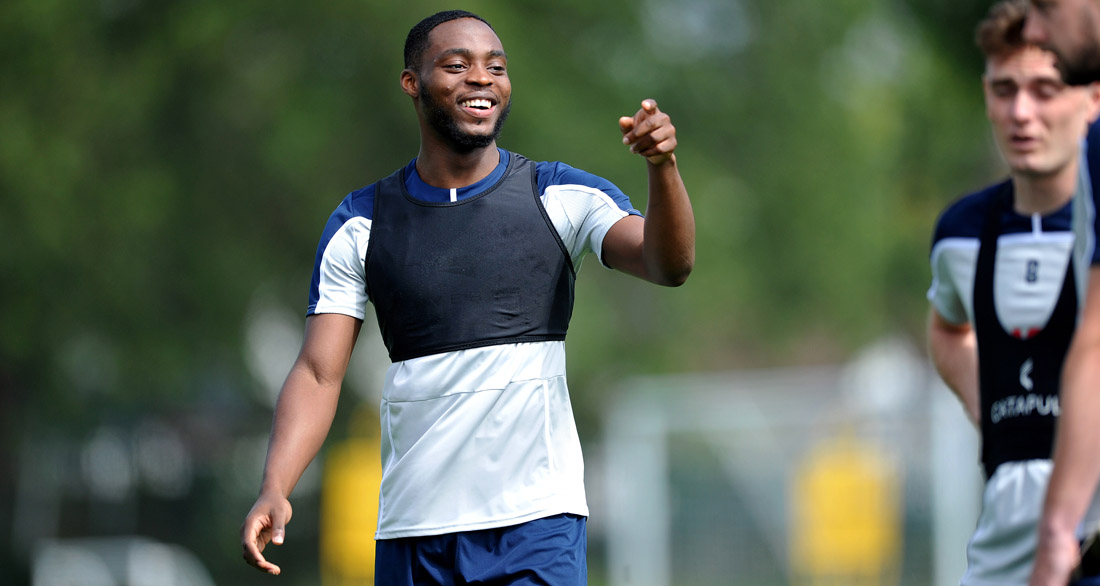 Ryan Leonard will also not travel if his wife does not give birth this week. Fred Onyedinma, who scored the last goal in the 4-0 win in Essex on Saturday, will be part of the squad if a transfer out of SE16 has not materialised.

“There is a lot of talk around Fred at the moment but while he is with us at the club he will continue to train and be welcome in my training sessions,” said Harris. “He is a wonderful boy.

“If life was simple and it was just me and Fred on a Sunday morning then he’d be playing every week.

“He’s a wonderful kid and a good player.”