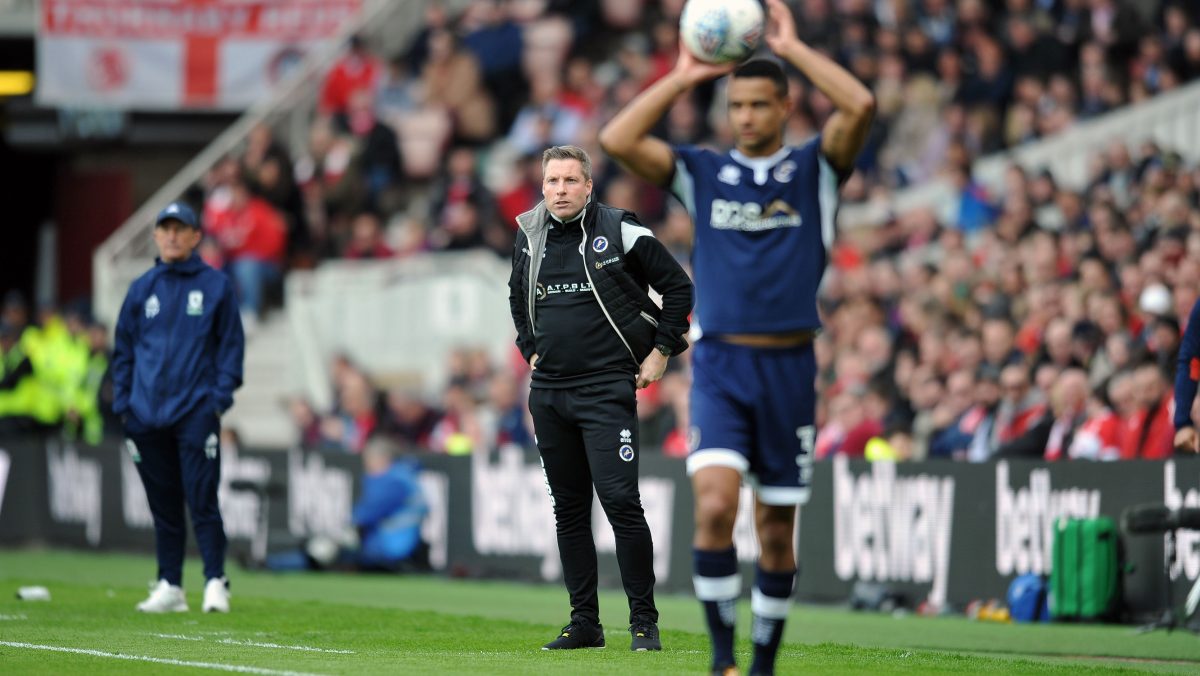 Neil Harris is the longest-serving manager in the Championship – and has promised that Millwall will continue to take small steps forward in developing the club.

The Lions appointed their record all-time goalscorer as permanent boss on April 29 2015 and his three years at the helm have seen two League One play-off campaigns – one of those ending in promotion – as well as comfortably adjusting to life in the Championship.

Millwall’s hopes of a late assault on the play-offs have been ended by back-to-back defeats at the hands of big-spending Fulham and Middlesbrough.

But they can still finish as high as seventh when they host Aston Villa on Sunday in their final match of the campaign.

Harris – who saw his Lions side go 17 league matches unbeaten until the loss to Fulham last month – said: “It has been some three years in charge, with what has been going on this season.

“I’d like to think the club has made real progress on and off the pitch. The squad is in an extremely healthy position – contractually, age-wise and balance-wise.

“We are playing at an excellent level of football and are just about to achieve a top-10 finish.

“Whereabouts it is going to be in that top 10, we don’t quite know yet. But we are at a level we want to be at.

“The biggest thing of all is that Millwall fans are proud of watching the team again. Our gates this year are averaging over 13,000, which is fantastic for this football club.

“We had our player of the year awards at the weekend and it is a happy place, a good place – that was my aim when I came in; to get the club back in a position where the fans, players and the club were all as one. We needed that unity there. That people turn up on a Saturday and even if we get beaten they are arriving excited to watch their team.

“They look forward to away games and are not negative about saying ‘what if this happens or we get beat?’ Hopefully those days are gone.

“I am privileged and proud to lead the team. It is a great group of lads and I’m thoroughly enjoying it. They are progressing and learning all the time.

“It has to be small steps. We are not going to go from a bottom three budget to a top half one in the space of 12 months. It is not going to happen.

“We have got to continue to try and find gems from the recruitment department and will continue to work closely on the academy.

“We will try to improve the infrastructure – that is the training ground and The Den but also things like marketing. We have got to gain those one or two per-cents all the time.

“What we have done in the last three years is gone one or two per cent further in every transfer window and those add up. It has driven us to where we are 10 per cent better – we have got to continue with that.”