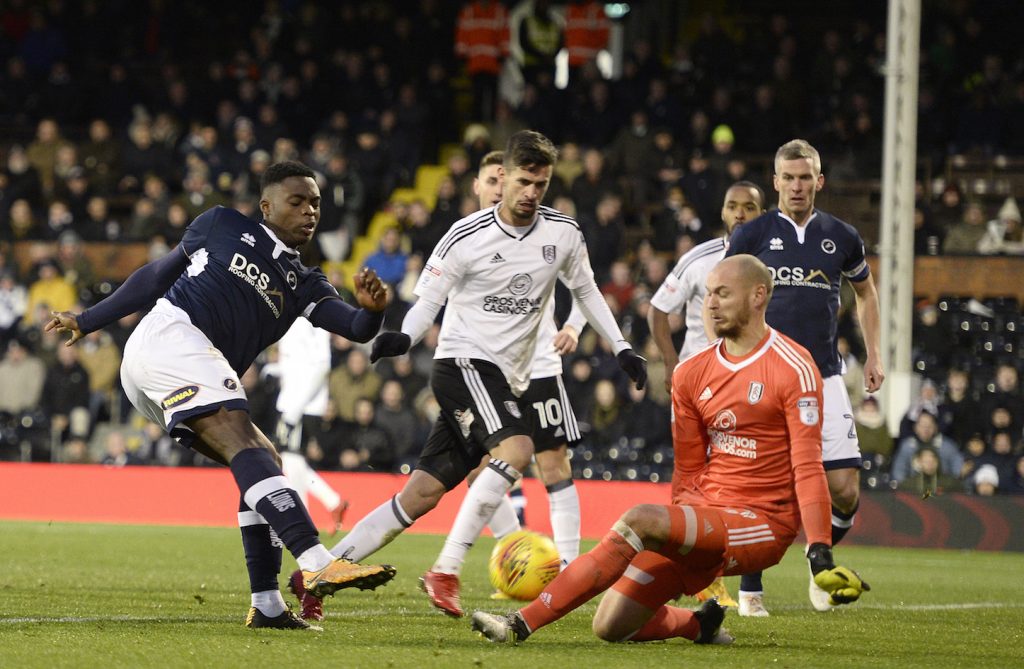 The Lions chief saw his side hit the woodwork twice, through Tom Elliott and George Saville, in a derby they should have secured at least a point from.

Oliver Norwood dispatched the penalty just before half-time and it proved enough to settle the contest.

“It is the story of our season really away from home. I can’t fault my players in terms of the gameplan and attitude – they did exactly what I asked off them. It was two different styles of play – one total football and the other a little more direct. They both impacted on each other at times.

“If you want it put in a nutshell it is anticipation in the penalty area – ours has to be slightly better. That comes from confidence as much as anything.”

Conor McLaughlin was booked for his challenge on Fonte on the stroke of half-time, the former Crystal Palace loanee going down as the Lions defended a corner-kick. Fulham boss Slavisa Jokanovic described it as a “clear” foul.

But Harris said: “At the other end we get punished by a harsh refereeing decision. I can see why he gave it – but the player has conned him into giving it in my eyes.

“What helps him [Fonte] is he gets the wrong side of the player but the contact is minimal. The player clearly throws himself to the floor and at an angle to highlight contact. The players have done well to force the referee to give it.”

“Our fanbase were brilliant – top-drawer.