Gary Rowett reckons that Millwall have had the perfect blend of pre-season friendlies – and says that there were plusses to come out of Saturday’s 4-1 friendly defeat at Arsenal.

The north London club offered the Lions a behind-closed-doors match after the Covid-19 pandemic forced them to scrap their plans to head Stateside.

“In the games against Motherwell and Barnet we have been really comfortable and perhaps not been as extended as much as we’d like overall,” said Millwall boss Rowett. “You look at the games against Watford, Fulham and Arsenal, in particular, they are really good opposition who made it real challenges for us. We’ve had a nice blend.

“Sometimes you look at a Premier League side and hope they don’t go too strong, and they [Arsenal] went about as strong as they could. There were some good bits and it was nice to go to their training ground, get a change of scenery and change of environment. A few things we worked on went quite well and there were other things we need to do a little bit better.

“It was a last-minute thing. We were due to play Bournemouth but for different reasons [it didn’t happen], a three-and-a-half-hour journey on the day of the game didn’t fit ideally.

“It’s about getting minutes into the legs. Let’s say we had played a non-league side and we won 3-0 or 4-0, you could argue that maybe that wouldn’t have been the right test.” 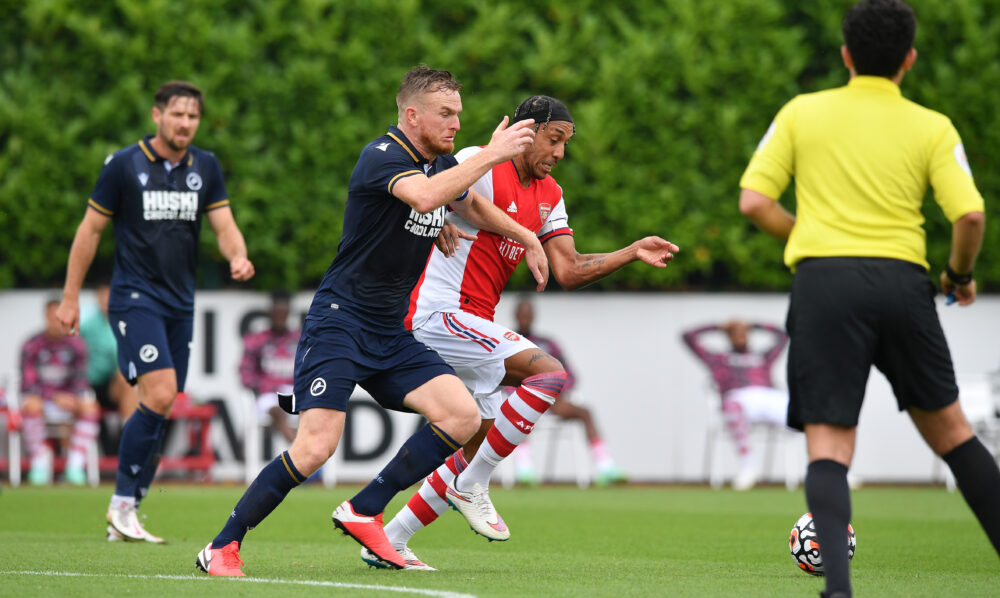