Gary Rowett was pleased with Millwall’s second-half response against Reading but believes their performance in the opening 45 minutes left them too much to do as they fell to defeat at the Madejski Stadium.

The Lions were 2-0 down at the break. Goals from Jordan Obita and Sam Baldock meant Rowett’s side were up against it in the second half.

Jed Wallace’s strike brought the visitors back into the contest. Jake Cooper, Matt Smith and Jon Dadi-Bodvarsson all went close in the closing stages for Millwall, who are still without an away Championship win since March.

“Our reaction second half was very, very good,” said Rowett.

“I just would have liked us to play with that mentality from the very start. At times  we needed to force the issue a little bit more. You’re hoping that you can make those changes from a better position rather than being 2-0 down.

“We needed to get more balls in the box, we needed more of a physical presence up there. I wanted to give Jon Dadi [Bodvarsson] the chance to do that first before Smudge [Matt Smith] then came on.”

Rowett changed system twice in the game. Firstly, switching to 4-4-2 at half time, amending it to a 4-3-3 system for the final period of the game. 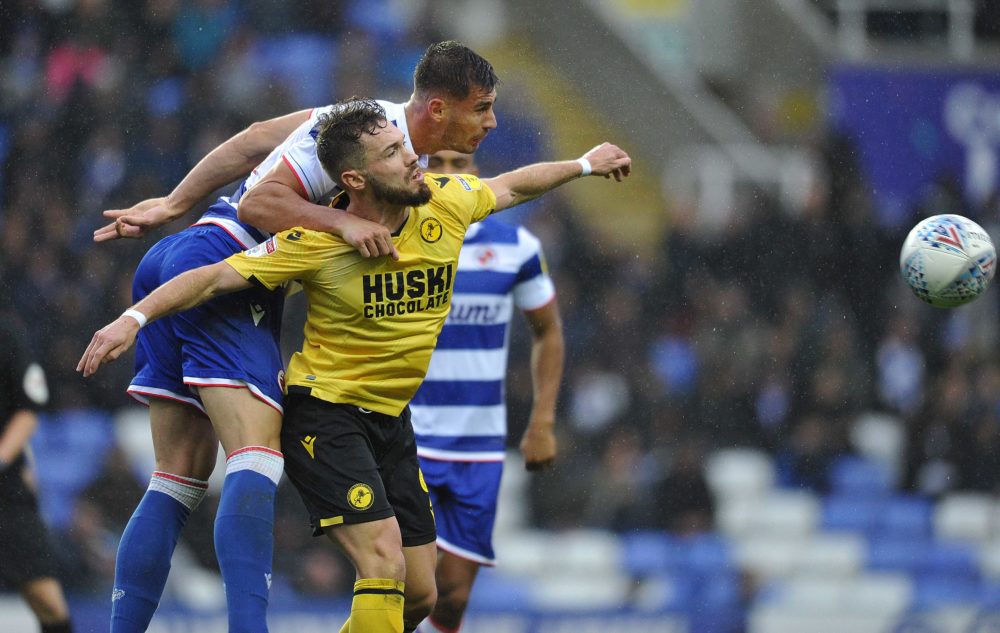 “We went 4-3-3 and pushed Thommo [Ben Thompson] and Jayson Molumby more advanced and they gave us a bit more intensity, we started winning some second balls and playing on the front foot.

“There was more link play with the strikers, we were much better. Then in the end we ended up with Connor Mahoney and three strikers on the pitch. We tried to do what we could to get back into the game, but the two goals and a poor first-half performance gave us too much to do.”

Of the first-half performance, Rowett said. “We were second best all over the park.

“They were two disappointing goals to give away – they were both fantastic finishes. But the first one was a set-piece that we don’t get out quickly enough to and the second one is our set-up from a goal kick. We don’t close the gaps quickly enough. The player is coming back from an offside position in the second phase and drifts in between the centre-half and full-back and we don’t tuck in.

“We had some moments when we passed the ball but we just overplayed at times. We didn’t play forward with enough aggression or enough quality.”