The winger scored his third goal of the campaign with a 25-yard free-kick and also provided the right-wing cross for Jake Cooper to score a late winner.

Namesake Murray Wallace netted twice in Tuesday’s 3-1 victory over Cambridge United in the EFL Cup and Lions boss Rowett said: “I spoke to Jed and Muzza afterwards and said ‘after the last two games I’m just going to go and try and sign anyone called Wallace in the last three days – anybody, it doesn’t matter’. Jed today was a gamechanger – simple. You look for your big players to come up with moments and he’s done it so often. It’s a wonderful, wonderful free-kick – under pressure. A great way to equalise.

“It was whether we can make the next one count. Evo makes the keeper make a save. At that point you don’t think we’re going to win.

“It’s Jed again. A set-piece gets cleared, Jed just spins and whips a great ball into the box – we’ve got two or three lining up – and it’s Coops who got his head on it. I’m pleased for him because we’ve been on at hime to get on more things in the box. He’s certainly come up with the goods today.”

Blackpool were reduced to 10 men after Callum Connolly was dismissed in the 14th minute for pulling back Benik Afobe as he went through on goal. Shayne Lavery put the Seasiders ahead early in the second period.

Rowett said: “I did say to the players afterwards ‘can I not have any more games like that?’ Because I thought I was going to have a heart attack at one point. We don’t make it easy do we?

“I think the game was synonymous with the fact we haven’t started too well. There was a little bit of nervousness around the place – it felt like today was an almost must-win game. 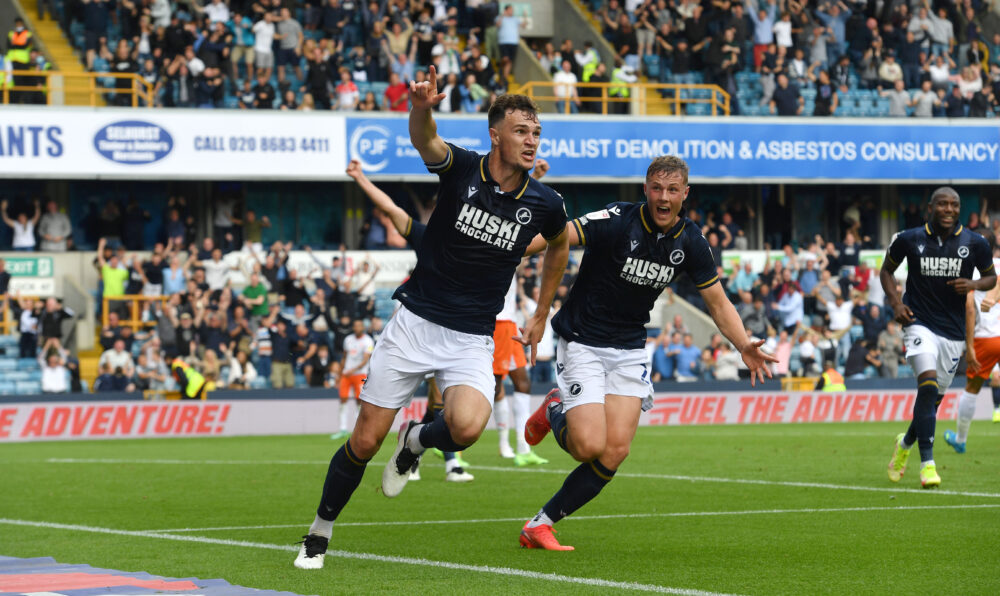 “When Blackpool went down to 10 men it means they can get behind the ball and look to counter attack, and they are actually really good at doing it – they’ve got a lot of pace in the side. They looked like they could get something on the counter. The goal comes from that.

“We moved the ball a bit too slowly and didn’t get it into the areas we wanted to often enough. We’ve had loads of territory, set-pieces and plenty of shots – we didn’t make enough of those moments tell with the right quality.

“We should make a tactical foul for the [Blackpool] goal. It was poor play from us, the lad’s run past three or four of our players without any of them bringing him down. They get a little bit of fortune with the deflection when Bart comes out – the momentum of Muzza and the forward takes it into his path and he finishes it off.

“At that point, down to 10 men and 1-0 down, certainly as a manager – five games into a season – isn’t a position you particularly want to be in. That’s me being facetious. But we’ve showed a little bit of character today. It would’ve been very easy for us to go under. The fans could easily have got on to us – and they didn’t. It was a bit of an edgy atmosphere but they stayed behind the team and that was hugely important.”