Millwall manager Gary Rowett was left dissatisfied by referee Andy Davies’ explanation for why he didn’t award a late penalty in today’s 1-1 draw at The Den.

Adam Nagy made contact on Jayson Molumby inside the area but the official allowed play to continue.

Rowett was straight to fourth official Neil Hair to voice his displeasure.

The Lions chief said: “We’re at a stage of the season where all these moments count massively. Bristol probably should have had a penalty first half – when the ball hits Coops.

“Jayson Molumby jumps for the ball – he gets the ball and the player hacks him down in the penalty area. The ref said to me afterwards: “I thought they both jumped for the ball’ – which for me was just a cop out of a reason.

“It’s not a reason, it’s not a proper reason – so if you don’t give it then give me a reason why you don’t think it’s a penalty because it means a lot to us to win the game.”

Pedro Pereira had struck City ahead in the first period but Matt Smith’s ninth goal of the season – converting from virtually on the line – saw the points shared. 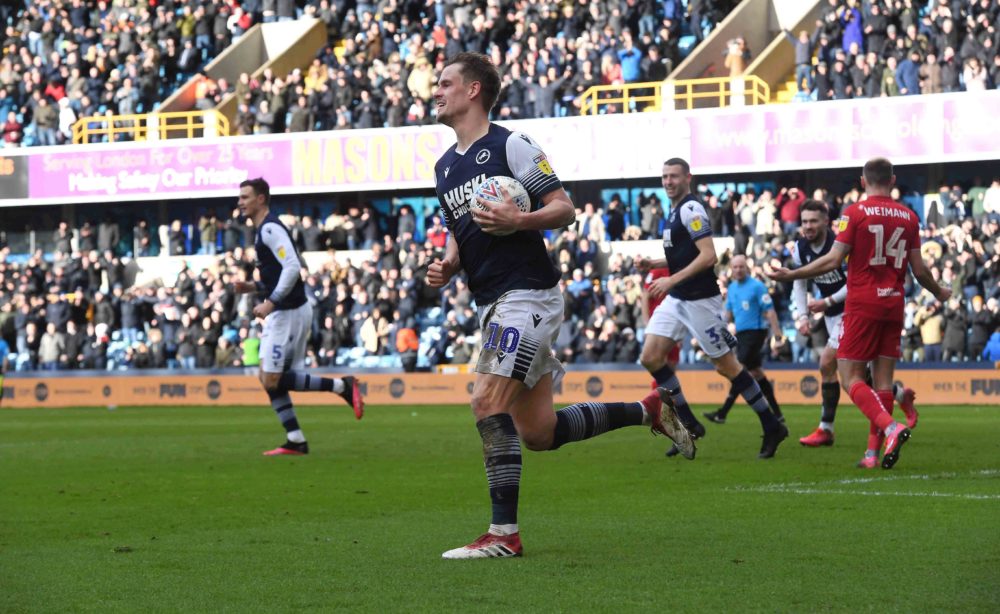 Rowett said: “The first 20 minutes of the game we didn’t do anywhere near enough to grab the opportunity to close the gap. That’s what you have to do in moments like this – put a big performance in.

“We asked the players to start quickly and it was a really tepid opening 20 minutes, we gave them opportunities to counter attack.

“I picked a side today, we’ve got to keep trying things to find a solution for goals. Once again we were pretty solid at the back but couldn’t find that moment of quality which we’ve been lacking.

“From 20 minutes onwards we dominated and controlled the game – something like 13 or 14 shots to their three. It was clear to see which side had the more attacking opportunities and attacking intent.

“We put them under the cosh and made life uncomfortable.”