Connor Mahoney has been urged to kick on by Millwall manager Gary Rowett – with the winger having a starring role in tonight’s 2-0 win over Luton Town.

It was Mahoney’s corner which led to the deadlock being broken – going down as a Martin Cranie own goal – before he produced a lethal finish in the latter stages of the Championship contest.

Asked if Mahoney deserved the goal for his recent efforts, Rowett replied: “You don’t get goals because you’ve run around – that’s part of your job.

“But where Connor’s concerned he has been much better off the ball in the last two games – he’s worked really hard. When he does that we know he has got the quality to hurt the opposition.

“He’s been good for the two games. I’ve been really pleased with him and he’s a player who has now got to start kick on because he has got so much ability. You see him in training every day and he’s unplayable at times.

“It was an excellent performance. When you’ve played so well in the second half against Wycombe – to come back from 1-0 down and win the game – you’ve got to back it up. Good teams put back-to-back performances together. That’s what I asked the players to do today. 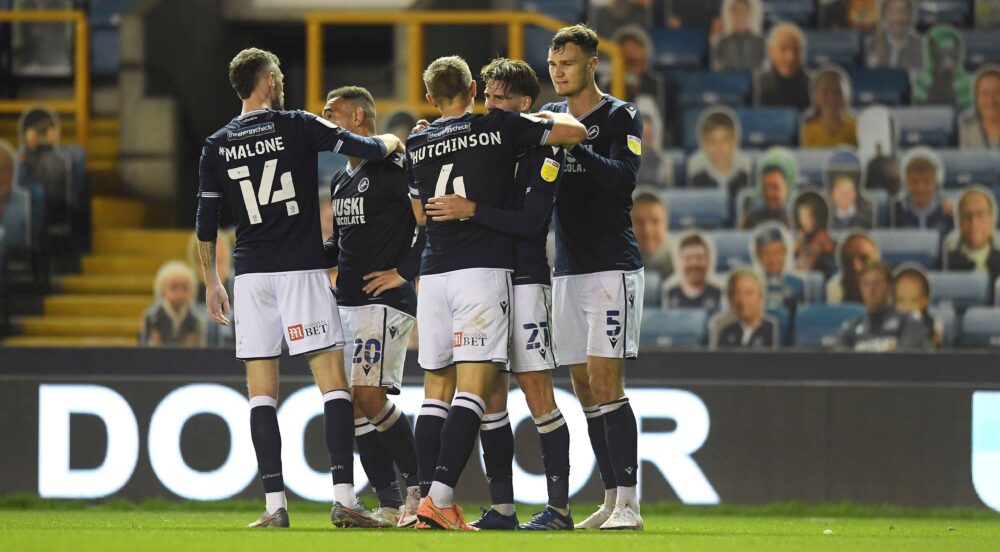 “It was really pleasing.

“Maybe the first five minutes Luton had a little bit of possession in front of us but we then regained control first half and played really, really well. Mason was a real live-wire in the pocket as a 10 for us and created some good opportunities.

“The only thing I was probably a little bit disappointed with was coming in only 1-0 up at half-time. I felt we probably deserved to be a couple of goals to the good.

“Second half they changed shape. I still felt we had some good transition moments. Jed [Wallace] had a really good chance. There were a couple more good moments. Maybe then we just lost a tiny bit of territory and therefore changed ourselves.

“We got the game back under control a little bit. It was nice to go and get the second goal. It was a fabulous strike from Connor. It was what we deserved. Luton are a good side but that performance was excellent. When we needed to defend we were really, really resolute.

“They had a little bit of possession, moving the ball around and probing – but there was no real way through. When we’re in that sort of mood we’re a very hard side to play against.”