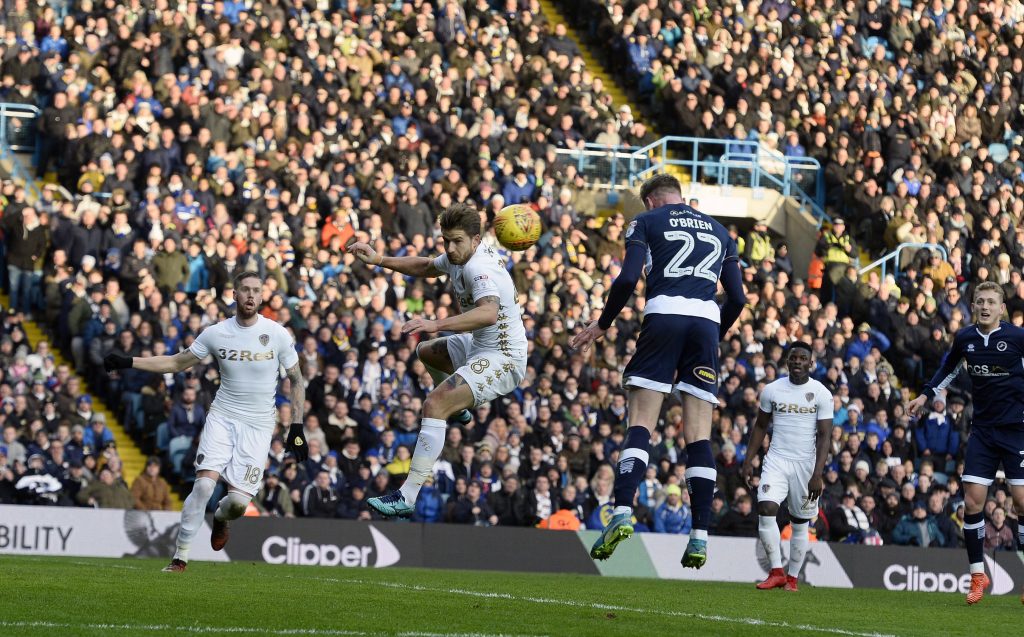 The Lions looked to be cruising to their first away victory of the campaign as they led 2-0 at the break through goals from Aiden O’Brien and Lee Gregory. Liam Cooper had been sent off for the hosts – their sixth dismissal of the campaign.

But Pierre-Michel Lasogga’s double along with a Kemar Roofe goal had the 10 men in front after a disastrous 16-minute spell.

Harris said: “We could’ve scored six or seven in the first half. I told the boys at half-time not to step off the gas. Elland Road with 35,000….any momentum Leeds get they are going to build off. We gave them three goals in 15 minutes. Credit to Leeds – that is a hell of a performance – but there is no way we should be in that position.

“However disappointed I am at what we lacked, what I will say is we showed massive quality as well and confidence in front of this crowd – to almost look like we had thrown it away and to score two in injury time.

“I can appreciate the first 45 minutes and the last five minutes. Even when we scored the fourth we gave them a chance to get back into it – it is a great save by Jordan [Archer].”