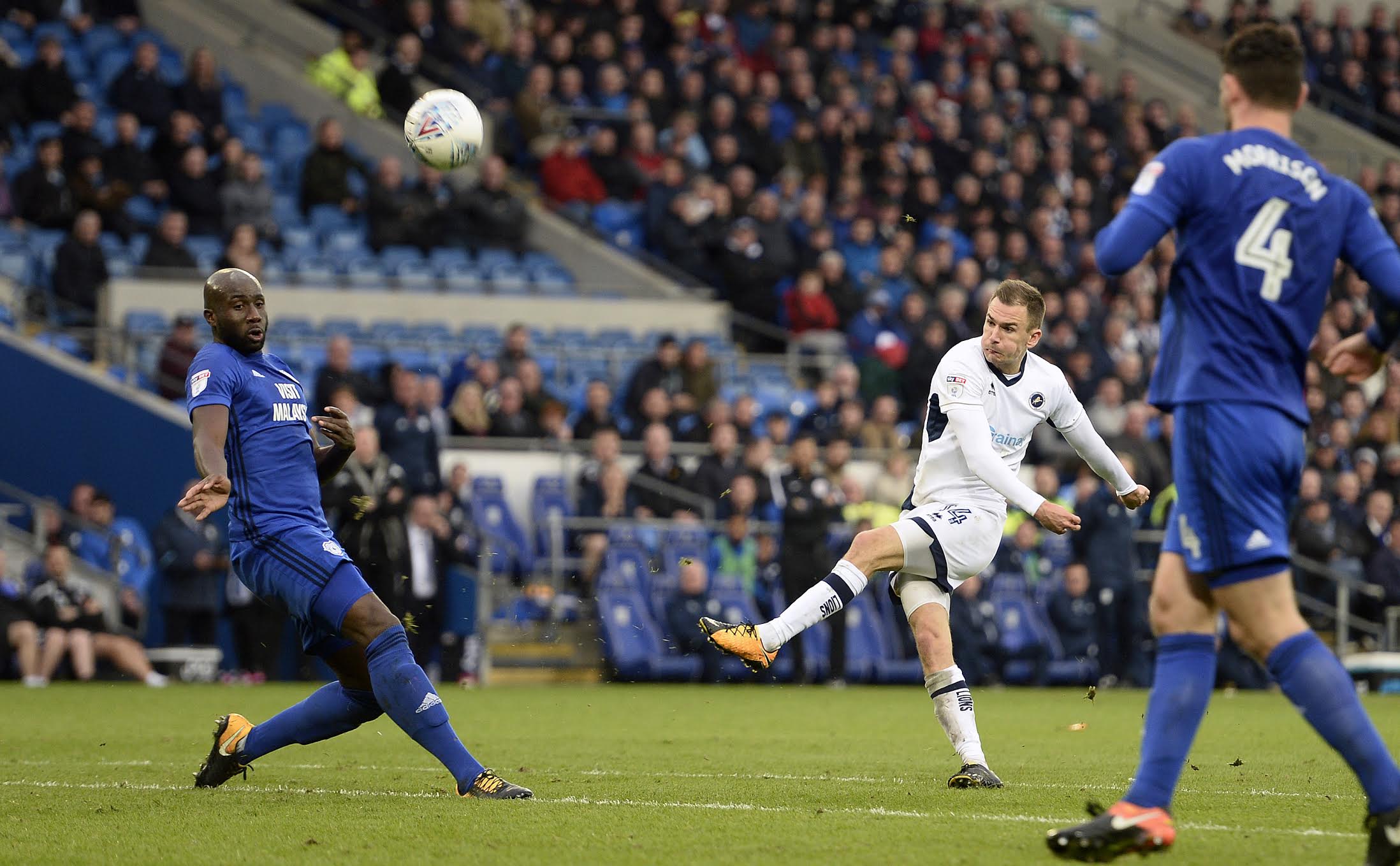 The Lions were denied a penalty early in the second half after defender Sean Morrison appeared to foul Lee Gregory when the latter was through on goal.

Referee Steve Martin waved away the protests of Harris and his players.

The visitors were also indebted to keeper Jordan Archer, who was in fine form to keep Cardiff at bay in the first 45 minutes.

And Harris was left wondering if his side might have got three points on another day had decisions gone their way.

“It was definitely a penalty for us at the start of the second half when Lee Gregory went down,” he said.

“A penalty there could have changed the game and it should have been three points to us. I’m very disappointed.

“Overall I thought the referee was playing catch-up. Steve is a decent bloke, honest and a good referee, but overall I don’t think it was one of his better games today.

“Jordan Archer pulled off two great saves in the first half and when you play away from home at a team like Cardiff you need to be solid and work hard.

“We were excellent in the first 20 minutes and in the second half it was scrappy, even ugly at times.

“Overall I’m pleased with the performance and I feel we have a foothold in this division, but we are not well established yet.”