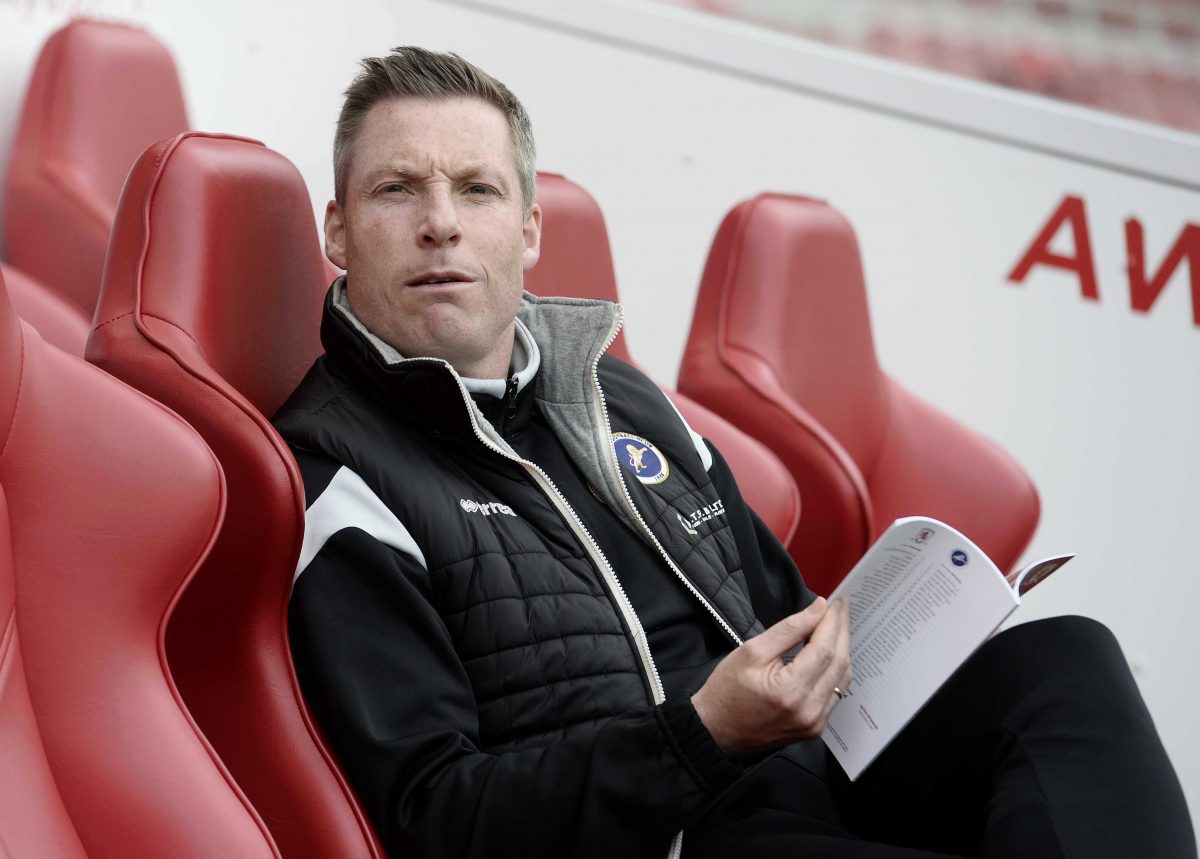 Millwall boss Neil Harris expects Fulham to go on the attack at The Den on Friday night in a clash of the two form teams in English football.

The Lions are unbeaten in 17 Championship matches and will aim to strengthen their hold on the sixth and final play-off spot in the derby. Fulham’s automatic promotion hopes were dented by a 1-1 draw against Brentford on Saturday but they have gone 21 games without defeat.

“We have seen how difficult it can be for us to stay unbeaten so credit goes to Fulham,” said Harris, pictured inset right. “They have got some great players and Ryan Sessegnon won every trophy going at the Football League awards on Sunday night.

“They also had three players in the Team of the Season.

“Fulham have grown in stature and performances during the season – but so have we. I have seen their strengths and certainly their weaknesses in the footage that I have watched already. We’re really looking forward to the game under the lights at The Den in a hostile atmosphere, it will be hostile. My players will be ready to embrace the challenge.

“Fulham play a very expansive game, they are as good a footballing side as there is in this division. But fortunately we have got one of the best defences in the division and they will have to come to the fore.

“If Fulham want to take risks against us then we will look to impose our game on them. It’s going to be a good battle.”

Second-placed Cardiff have a game in hand on the west London outfit, who are a point behind.

But Harris doesn’t see Slavisa Jokanovic’s side doing anything different when they head to SE16.

“Fulham know they need to win games of football to get in that second spot. They’ll come and try to win, that’s how they have played all season.

“Teams don’t change now – especially at the top of the league table. Everyone is set in their ways and playing their game, that won’t change from a top side. It might be a bit different in the bottom half where some clubs have got nothing to play for or they are fighting relegation and might adapt their formations and style of play.

“Fulham have got players who will grace the Premier League next year – with or without Fulham.”