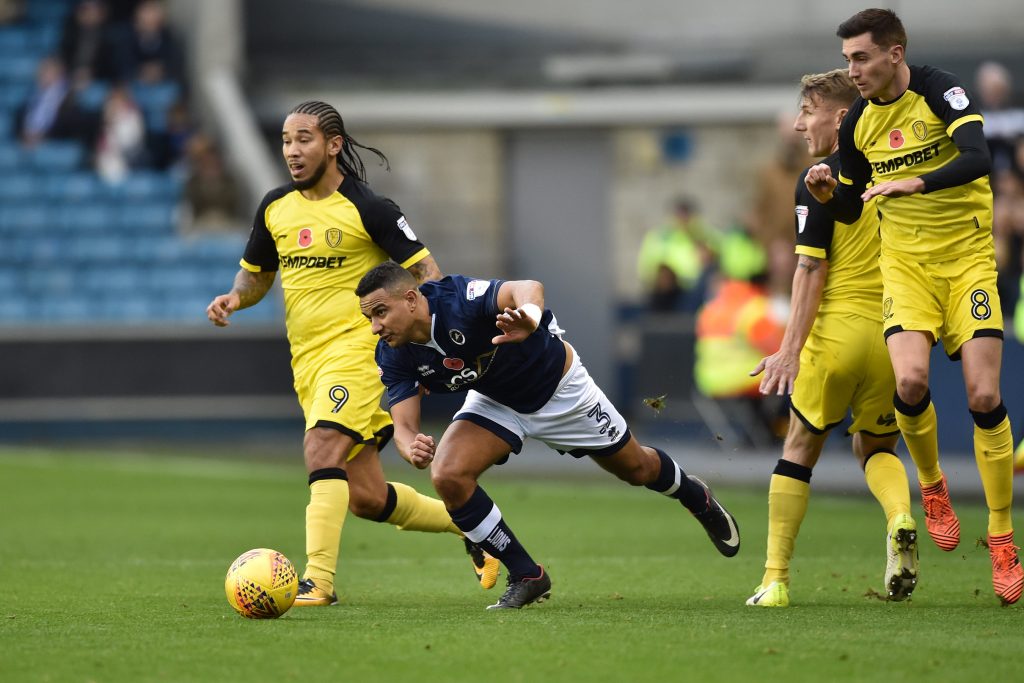 Millwall manager Neil Harris was critical of his attacking players in today’s 1-0 defeat to Burton Albion – and was unsure whether Jed Wallace deserved his red card.

The Lions winger was dismissed for bringing down Tom Flanagan in full flight by the halfway line on the hour mark.

Marvin Sordell struck in the 70th minute to secure a first away victory of the season for Burton.

“It’s a poor challenge,” said Harris. “It’s a foul. It’s a yellow card, at least that’s the rule. Was it a dangerous tackle or not. He’s caught the boy and the boy hasn’t made a meal of it.

“Did it change the game? It did, in a sense. It gave Burton inspiration and a positive mindset, before that we were the only team trying to win the game. It was a poor goal for us to give away.

“We have got to be more clinical. My forwards were just not good enough. We’ve been in every game this season and people have to take responsibility. We should’ve been in front in previous games. It goes back to Nottingham Forest – 24 shots on goal and we’ve not scored.

“People have to take responsibility, that’s the way it is.”

Burton manager Nigel Clough admitted he was surprised that Wallace was sent off.

“We were surprised,” he said. “I haven’t seen the tackle back, I don’t know how high it was. But we were amazed he pulled out the red card. But we’ve got a lot more decisions to come our way if it is going to even out the first 15 games.”