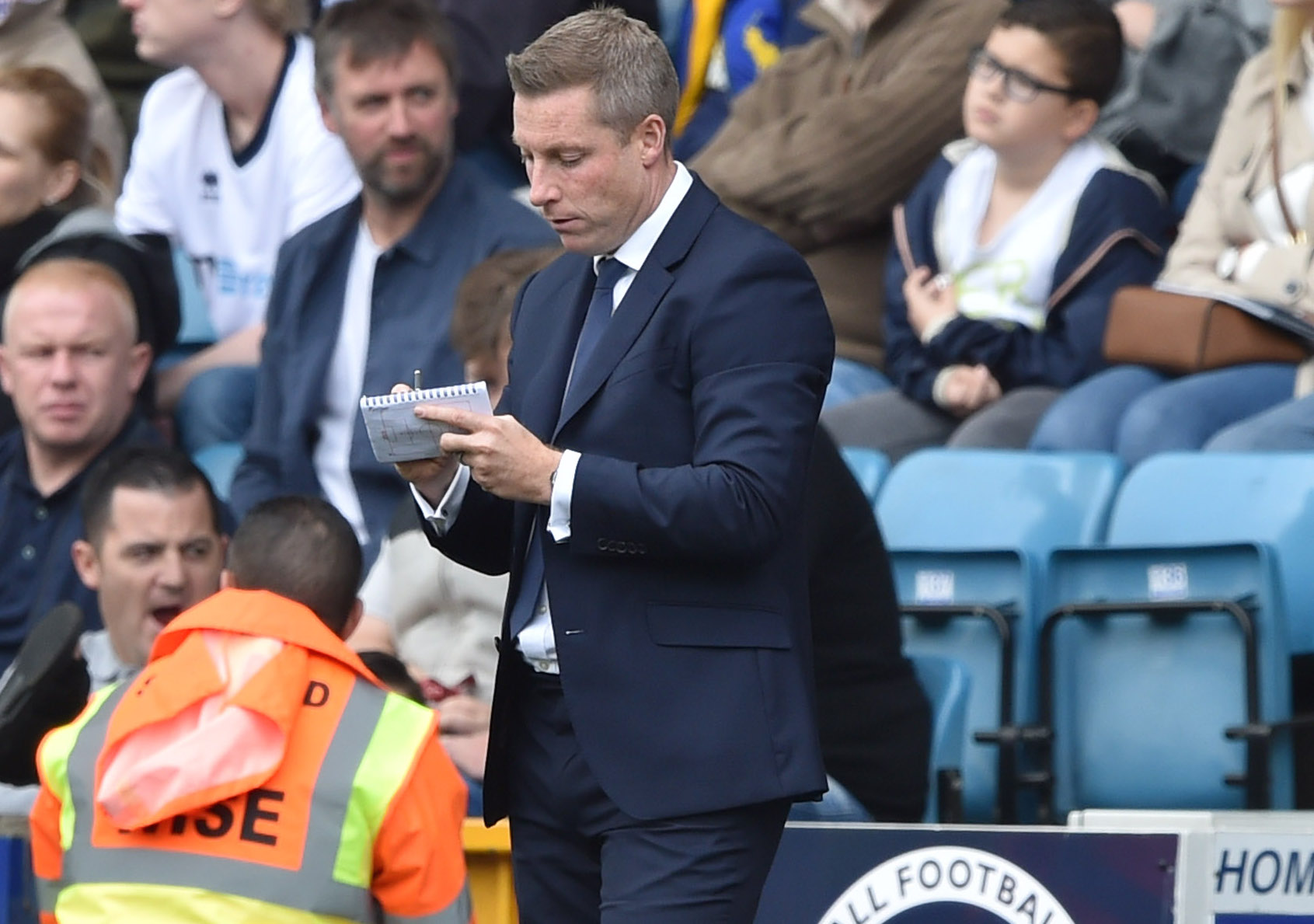 The Lions are aiming to halt a run of two straight losses after dropping to just three points above the Championship drop zone.

Birmingham won their first game under the management of Steve Cotterill last weekend – 1-0 against Cardiff City – and spent heavily in the summer transfer window. Incomings included Jota, Maxime Colin and Harlee Dean from Brentford, former Charlton right-back Carl Jenkinson on loan from Arsenal and midfielder Craig Gardner, who made the switch from West Brom.

Harris said: “Birmingham were relentless in their win over Cardiff. They are a physically big, imposing side – a hugely dangerous team. “They are in a massively false position in the league with the money they have spent and players they have got.”

“Steve Cotterill got that reaction as a new manager. He had two weeks on the training pitch to get important messages into them and really whipped them into a frenzy. It was exactly what I expected from a side that had five changes made.

“I’ve seen them a couple of times this year live and twice more on video – the Cardiff match was by far their best all-round performance.

“We know the size of the task facing us and certainly won’t be underestimating them.”

It was Harry Redknapp who spent big at St Andrews but he only got until mid-September to work with his new recruits before being sacked.

“You never know what is going on behind the scenes at a football club,” said Harris. “You don’t know the full facts. I remember seeing them the opening day of the season against Ipswich and Harry didn’t look happy on the sidelines.

“He talked about needing personnel to come in to boost the side. It didn’t happen until deadline day. He gets to bring in his own players and then loses his job. It’s how bizarre football can be.

“Steve’s come in and he worked with the club last season, he is well-known to a lot of the players. He’s had that immediate reaction but it is only over a period of time that will show if the board’s decision was correct.”

Millwall will be without Byron Webster and Shaun Williams (both knee) for today’s fixture, which is being screened live on Sky Sports. Steve Morison has been missing for three weeks with a muscle tear in his stomach.

“If he is not back this Saturday then he will definitely be back for Cardiff,” said Harris.

Birmingham have sold their allocation of 2,083 tickets.