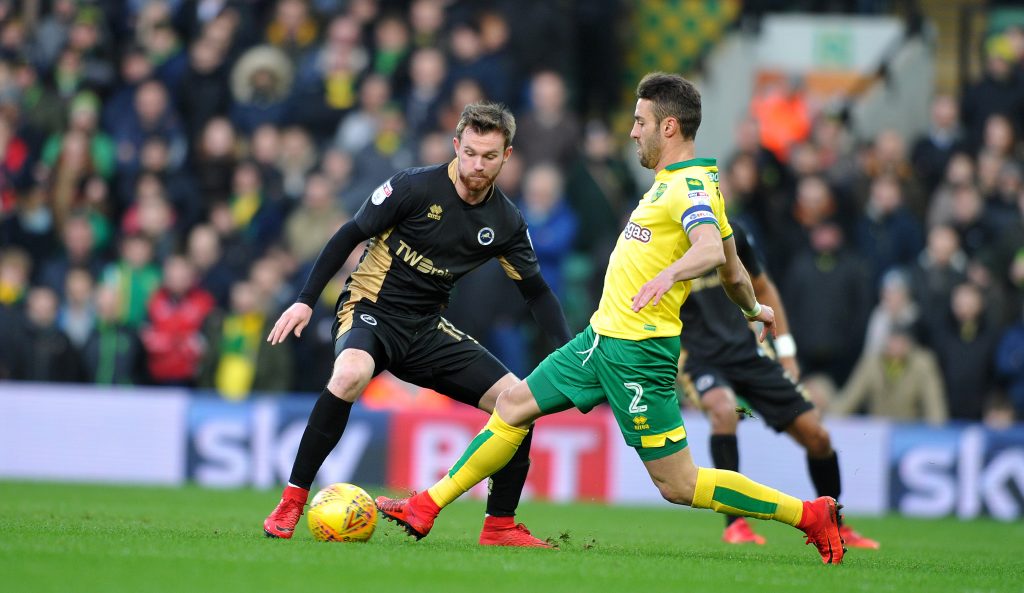 Neil Harris said his sides second-half performances was not acceptable after they threw away a one-goal lead in 2-1 defeat against Norwich City at Carrow Road, writes Jake Sanders.

Harris said: “I am fuming, raging with my players. To weather the storm after the first 20 minutes, to deny a really good football team so few opportunities inside 20-yards of our goal, then get our noses in front with a brilliant strike at half-time, the job’s half done.

“The second-half performance was a disgrace from my players, I won’t butter it up any other way.”

Millwall came into the game on a good run of form after an excellent December in which they picked up 11 points from their six games, including standout wins over Sheffield United and Middlesbrough at The Den.

Harris continued: “I have left the players in no uncertain terms what my thoughts are to that second-half. Anybody that thinks that Millwall had a good Christmas period then that’s good enough, is wrong, while I am in charge.”

When asked what went wrong in the second-half, Harris said: “Concentration, focus, leadership. All the things that are fundamental when you play away from home, certainly at this level you cannot give good players a leg-up.”

The home sides first goal particularly seemed to anger Harris, as Trybull, one of the smallest players on the pitch was able to climb highest and loop a header into the far corner past Jordan Archer and bring Norwich back into the game.

Despite their poor second-half showing, it seemed as if Millwall would start the year with a hard-earned point, but Maddison had other ideas as he swept into the far corner after a fine pass from Alex Pritchard.

Harris said: “The first goal was abysmal by us. To concede a free header from a free-kick like it was in that position, is not acceptable. Norwich’s play is based around lovely football, playing between the lines and get tap-ins from six yards out. You give a goal away against Norwich from a set play then you have got big problems.