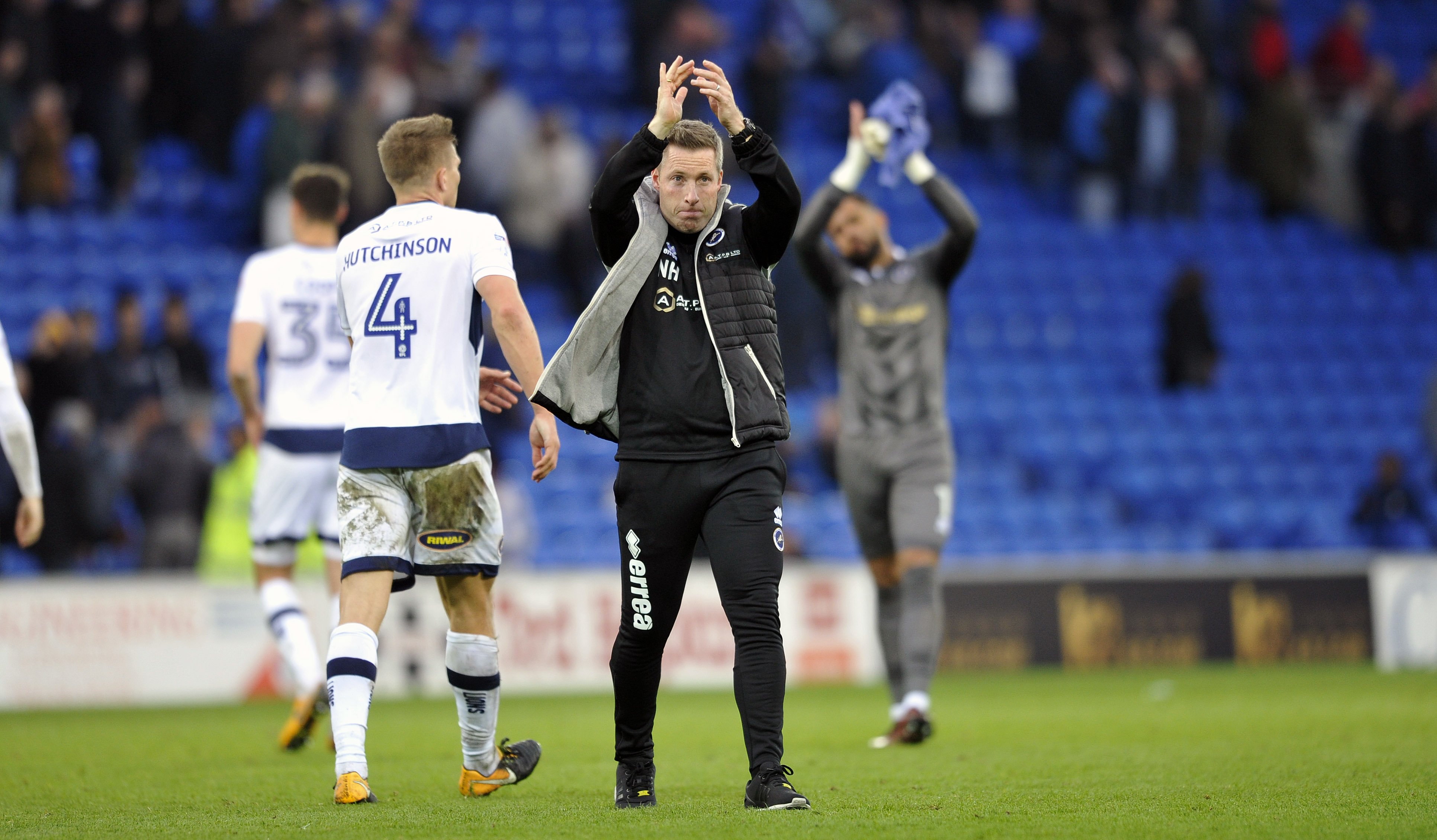 Neil Harris is expecting Millwall’s game at Sheffield Wednesday tonight to bring out the best in his players.

The Lions drew 0-0 at Cardiff City on Saturday and now face a trip to last season’s play-off semi-finalists.

Wednesday are 16th in the Championship and Owls legend Carlton Palmer has turned up the heat on boss Carlos Carvalhal by claiming the Portuguese should be replaced in the Hillsborough hotseat.

When asked if the Sheffield giants had underperformed, Harris said: “That’s down to their manager to decide if they have.

“What I will be quick to point out is that they are only five points outside the play-offs. They are only two or three back-to-back wins from making it into the top-six, they’ll take solace from that.

“They’ve got an absolutely fantastic squad of players, if you look at how much they assembled their frontline for. They’ve got the same squad that went very, very close to the Premier League last season.

“We’ll have to be as good as we were at Cardiff to get the points.

“I expect a Tuesday night trip to Hillsborough to bring out the best in my players. It’s a fantastic football theatre. It’s what I’d class as a real old-fashioned football ground. I used to love playing there. I expect my players to thrive on it.”