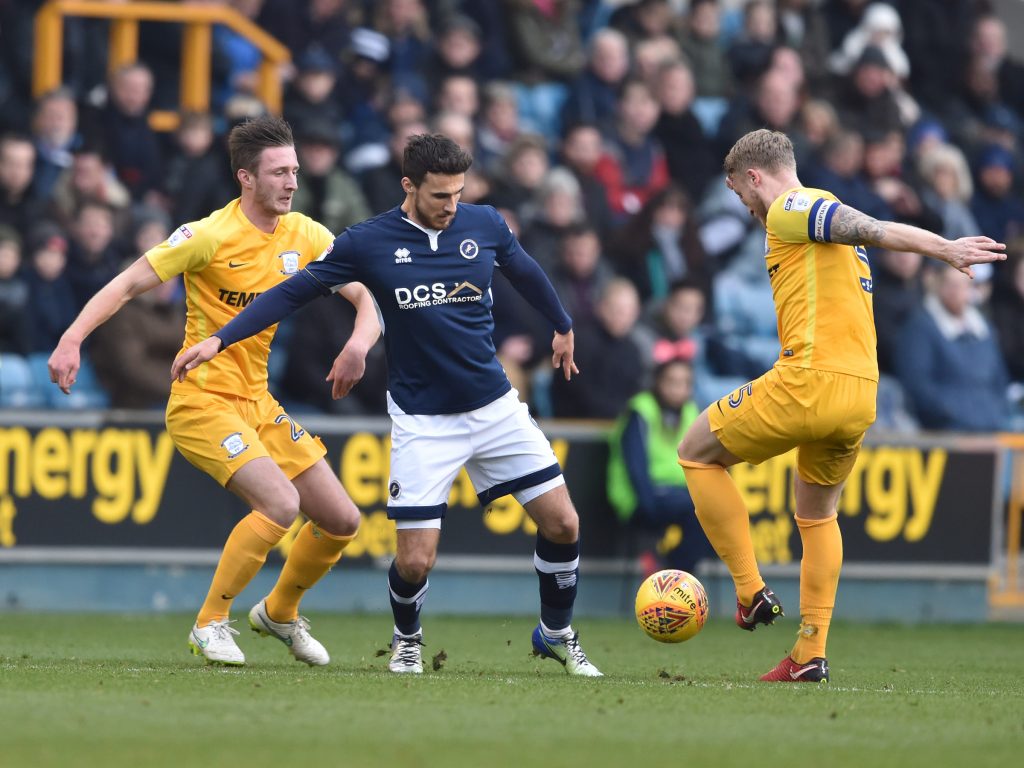 Millwall manager Neil Harris felt his side were on the wrong end of two refereeing decisions in today’s 1-1 draw with Preston North End.

Lee Gregory had the ball in the net early in the second half, when the Lions were leading 1-0 through Aiden O’Brien’s goal, but it was ruled out for offside.

And Preston midfielder Ben Pearson – already booked – only got spoken to by referee Jeremy Simpson after clipping Jed Wallace as he broke forward.

Harris said: “There were two very fine calls today – both should’ve gone in our favour.

“Firstly Pearson should have been sent off. It was identical to Jake Cooper’s second yellow card at Sheffield Wednesday. They had cover around the ball but it stopped our player progressing up the pitch.

“Secondly, Lee Gregory is clearly three yards onside [for his disallowed goal]. I’ve watched it back. At 1-0 those two decisions can affect the outcome of the game. They went against us today.”