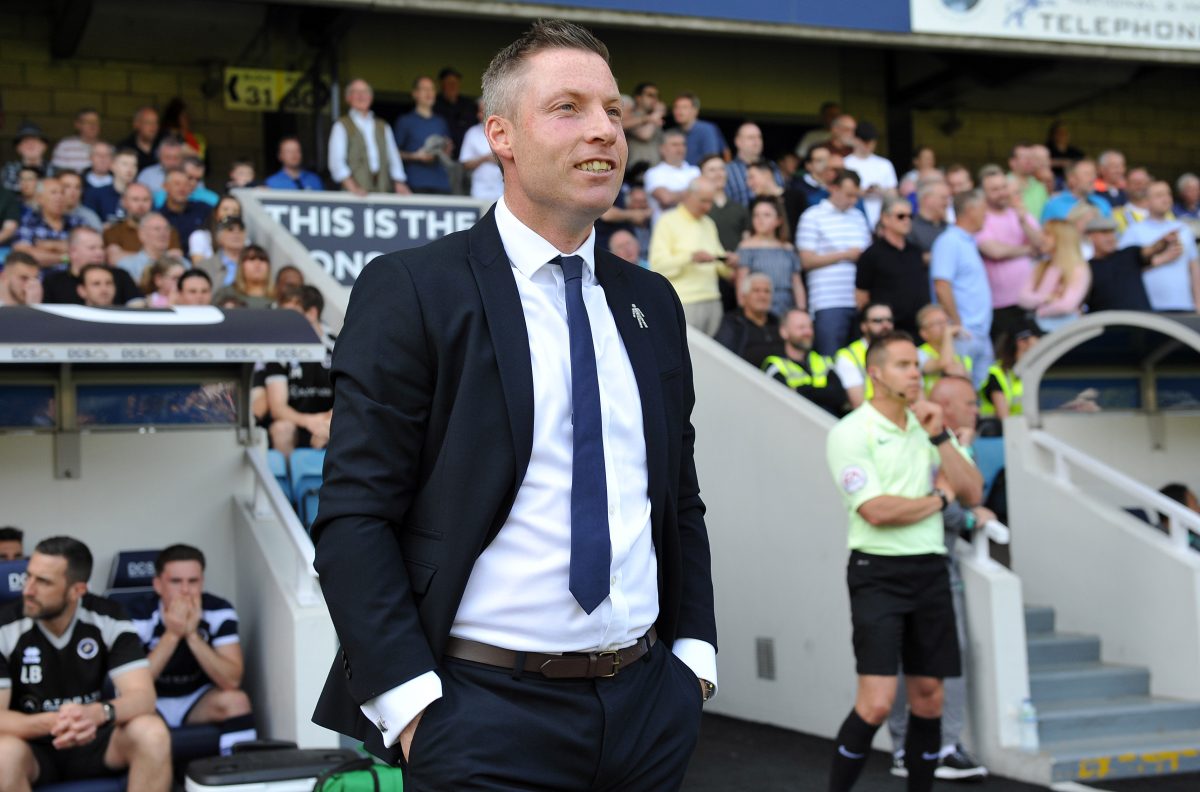 Neil Harris will be at Charlton’s League One play-off semi-final against Shrewsbury Town tonight – and the Millwall boss is hoping they succeed in reaching the Championship.

The Lions boss and his management team are out watching potential summer signings. Harris was also at last week’s match between Scunthorpe United and Plymouth Argyle.

The Addicks will be hoping to take a grip on their semi-final tonight before the second leg on Sunday evening.

Millwall captain Steve Morison has already said he would like the renewal of their rivalry with Charlton.

And Harris feels the same. He said: “Yeah, yeah – I’d love Charlton to go up and to play them twice next year.

“That would be terrific. I love to have London rivals and I like to see local clubs do well. It is important for South London that clubs do well.

“I loved the derbies as a player and I love them as a manager because there is real spice. You want those big crowds that you get when you play Palace, West Ham, QPR, Brentford or Fulham.”

Harris and his Millwall side were in Charlton’s position 12 months ago – sneaking into the play-offs. They went on to defeat Scunthorpe over two legs before Morison’s Wembley winner to defeat Bradford City.

When asked about the Addicks’ prospects, Harris replied: “It is the same as ever. It is tough, the same as every year. Like last year, there are no standout candidates. Shrewsbury got the most points, but it counts for nothing now.

“It is about big performances on the big occasions and getting that little bit of luck. Charlton have got as good a chance as Shrewsbury. Scunthorpe look very difficult to stop, because they have got the experience of last year. They’ll be really strong. I wouldn’t be surprised to see a Scunthorpe-Charlton final.”