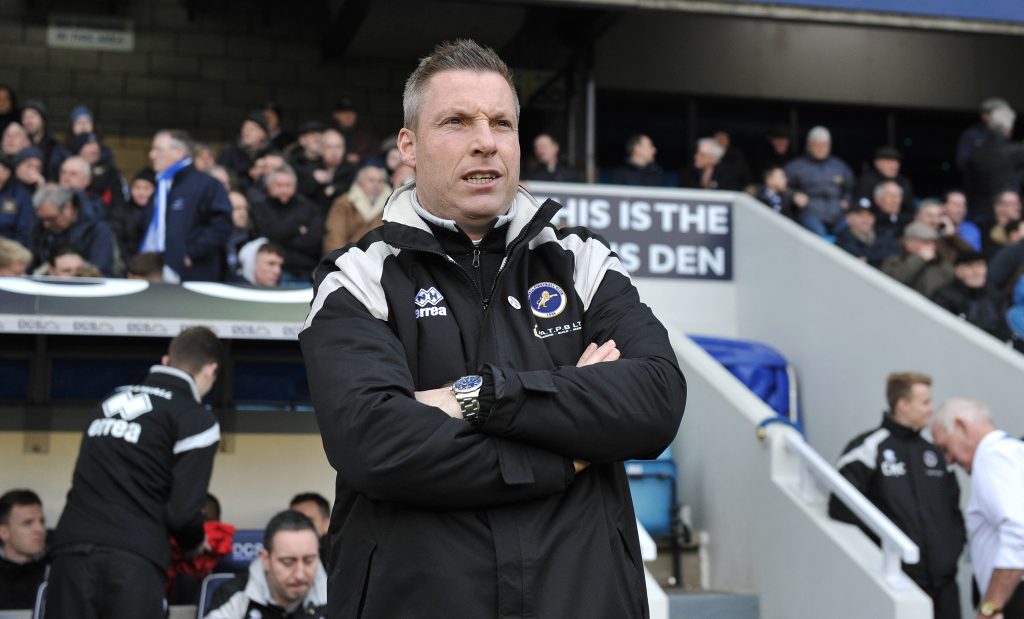 Neil Harris has admitted that Millwall’s 4-3 win at Leeds United was the most dramatic match he has managed since taking charge at the South London club.

The Lions were leading 2-0 at half-time with their opponents down to 10 men after Liam Cooper’s dismissal. But the Yorkshire outfit scored three times in 13 minutes to turn the contest on its head.

It needed late goals from Tom Elliott and then Jed Wallace to secure victory – Millwall’s first Championship success on the road this season.

“There have been other dramatic games and you can talk about Leicester in the FA Cup, Bradford in the first leg of the play-offs, Scunthorpe in the second leg of the play-offs, Bradford in the 2017 final or Bristol Rovers in the final game of last season,” said Harris, who will make it three years in charge of the Lions on March 10. “But they were all dramatic because of what was at stake.

“This was only three points or a point in the league, but the way we did it probably makes it the most dramatic game in terms of the ups and downs.

“Millwall Football Club don’t always do things the easy way. I’m delighted for the fans who travelled – it’s not an easy place to get to either. It was a really good day for the players, staff and supporters.

“We haven’t won games away this season but the performances have been outstanding. The reason we have had 800 at Derby – which is our smallest away attendance – 1,200 at Preston, 4,000 at Fulham and 3,000 at Aston Villa is because they have enjoyed watching the side.

“I keep picking attacking teams which is two, three or even four up front at times because we have been so good.

“This can be a key moment, a defining one in our season. We were down and out with 20 minutes to go, so to turn it around in such a hostile environment makes it three massive points.”

Derby have been linked with a move for Lions striker Lee Gregory but privately the South Londoners are playing down the likelihood of a deal.

Millwall have a clause to extend the 29-year-old’s contract until the summer of 2019 – and that looks a formality provided they stay in the Championship.

Fleetwood Town have joined Southend United in being interested in a move for club captain Tony Craig. He is a free agent at the end of June and has struggled to command game time this season.