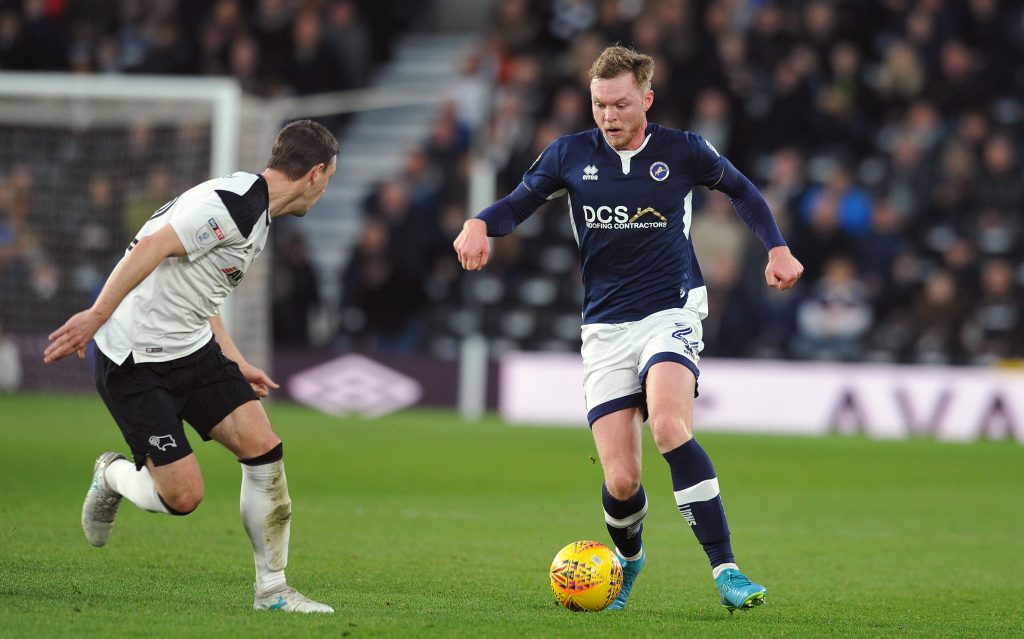 Neil Harris saw his Millwall side ship three goals in the space of five first-half minutes against Derby County – describing the quickfire succession of scoring as “criminal”.

The Lions saw their hopes of a positive result at Pride Park ended by David Nugent’s double and Matej Vydra inside the opening 28 minutes.

“The first goal is a poor goal,” said Harris. “And we don’t focus. I think my players are too occupied watching the goal back on the big screen rather than getting their heads down and thinking ‘it’s a big five minutes now’.

“Where we are as a club, we can’t afford to have five or 10 minutes spells like we did today. We gifted goals, albeit they were good finishes.

“Two more goals in the space of five minutes is criminal. I’m disappointed with my group for that.

“We made three or four errors and conceded three goals. We had numerous chances – clearcut chances – and have not taken them. That’s the frustration but also realism about where we are.

“I said to my players in there ‘anyone getting a little ahead of themselves after seven points in a three-game period where we were excellent – that’s a reality check’. We take that on the chin and move on to Wolves on Boxing Day.

“We know where we are at to stay in this division. We don’t get too high when we win games and certainly don’t get too low when we get beaten.”