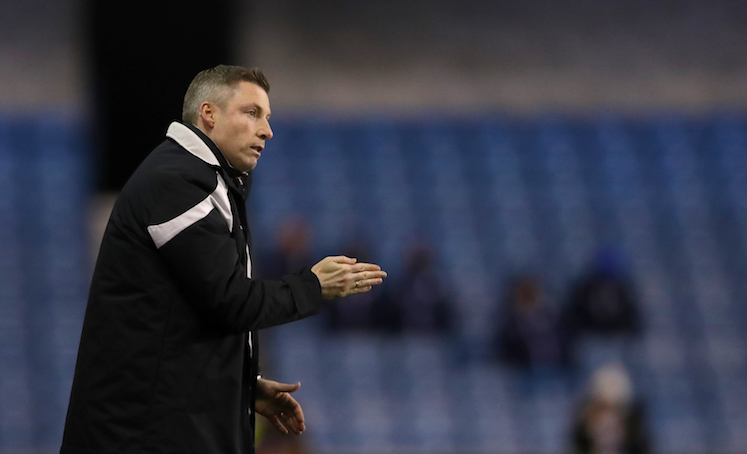 Neil Harris has spelled out that Millwall will not make a major leap in spending this summer – pointing at the clubs who have struggled in the Championship as a cautionary tale.

The Lions could still make a late play for the top six, their sparkling form since January has seen them mathematically ensure safety, but also climb into a position for a potential challenge.

Millwall only paid fees for Wolves duo George Saville and Jed Wallace in the summer, along with Jake Cooper from Reading.

The likes of James Meredith, Conor McLaughlin and Tom Elliott all arrived on frees. January’s window saw Ben Marshall sign on loan from Wolves while Harry

Tofollo and Tim Cahill were both brought in on short-term deals until the end of June.

Asked about transfer planning for the summer, Harris, pictured, replied: “It is still early days.

“It is only in the last couple of weeks that we have secured safety in the division. I’ve had some initial conversations with the board and John [Berylson] in particular.

“It is all about improving the squad and about getting the balance of the squad right. Do you need 30 players? People like Aiden O’Brien, Fred Onyedinma and Shane Ferguson can play more than one role. Fergie, for example, can play as a midfielder but also at left-back. We have started looking at squad size already.

“Budget-wise, that’s down to the board in terms of how we move forward.

“But straight away I will say this is not a club that will double our budget next season. I don’t agree with that and the board don’t look at it this way. Clubs that have done that this season are now really struggling at the bottom of the league and are in financial danger. It is about building with small steps.

“We have done really well.

“Hopefully next year there will be a slight improvement in player budget and we can make a couple of adjustments in the summer. It won’t be wholesale. I’m only looking at bringing two or three in to strengthen us.

“There might be a couple who want to go out the door, who want to be assured of first-team football. I have got no problem with that.

“There is great spirit and I don’t want to change the mix – we have got experienced players thriving at the club and youth coming through and pushing them. We’re in a good place and I want the same again next year.”

Millwall had a raft of players away representing their countries over the weekend, with more international fixtures set to take place this week.

Harris said: “With so many being away you look nervously at each fixture, you follow it on Sky or Twitter – wherever I can find out about it. You see who is in a team or only on the bench – if they have come off, then why? You wait for the calls after the game.

“The players have to report back to the physio after the game.

“The relationship between the club and the national sides is very strong. It is a head count on Monday, Tuesday and Wednesday going into Friday.

“There is a little bit less nerves now than in the first half of the season because of the strength in depth we have got in the group now.

“But it doesn’t change the fact I want them back fit and having had a great experience, whether that is playing or being around the squad in a big game. I want them to bounce off that experience when they come back to us.”

Millwall are at home to Nottingham Forest on Good Friday (1pm kick off).