The Lions stopper was punished for miscontrolling the ball as Nakhi Wells seized possession and stroked into an empty net.

Millwall suffered a first Den defeat of the season – going down 2-1 to the west Londoners.

Harris said: “It’s a frustration. I feel for Bart, because he is a good lad, a good pro – and good goalkeeper. Football, isn’t it?

“How goals change games, eh? One minute you’re up there, in the ascendency. You have got 20 minutes to go [after Shaun Hutchinson’s equaliser] at the Den in a London derby and the fans have found their voice. We have got a little bit of pressure on them but then we make an individual error like that and the game has gone.

Millwall saw a penalty claim waved away at 2-1 down with Jed Wallace’s shot appearing to strike the arm of Rangers substitute Marc Pugh.

“I’m not here to talk about referees anymore – I’ve given up,” said Harris. 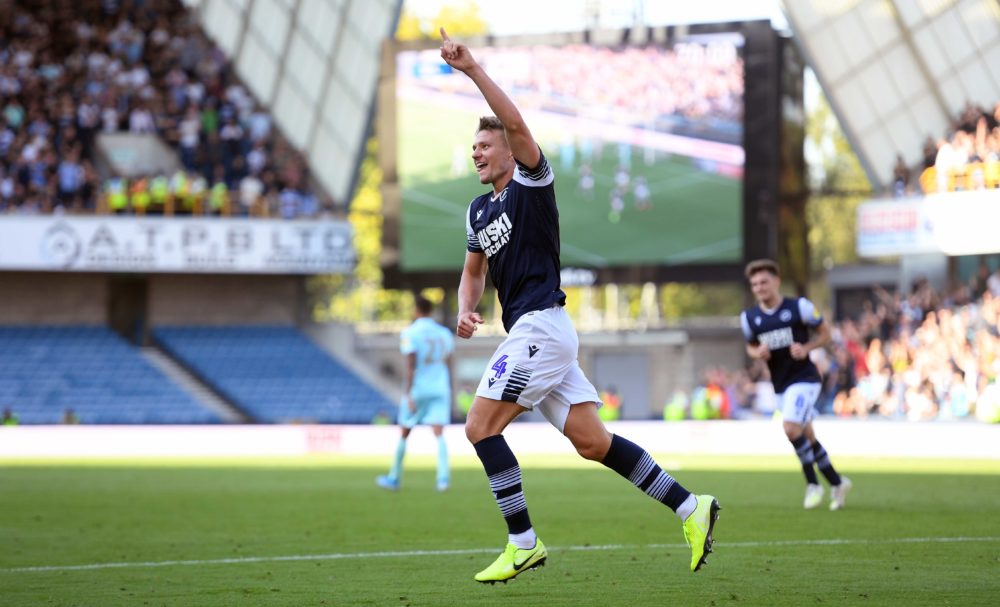 “We deserved a point from the game. The game was feisty, scrappy and fast – lacked a little bit of quality from both teams but when 3-5-2 plays against 3-5-2 it is going to be like that because we have got a lot of man-for-man battles.

“I can’t fault my players for lack of effort. I can fault them for giving it away cheaply and kicking it off the pitch. I’m more disappointed with them for things like that than Bart giving the goal away like he did.”

“It was to match them,” said the Lions chief. “To get Shaun Hutchinson back in the team as well.

“It enabled us to get a little bit more pressure on them in key areas. It worked fine, the shape and limited them to very few chances.

“Let’s be honest, the difference between the two teams – we give the ball away for the second goal, Nakhi Wells scores a great finish for the first goal and we score a goal from a set play. But in open play we create four or five really good opportunities and haven’t got the quality to score – there you go, that’s it in a nutshell.

“I picked a system – and I picked the best players to play in a system. I’ve played Sheffield United a couple of times and changed to 3-5-2 and it’s always worked. Today the shape worked to nullify QPR and certainly their best four players – the front two and the attacking 10s. It worked the majority of the team barring the end of the first half when they run the game for a little bit.

“I maybe have to look at myself for a little more consistency. I’ve never been a manager who usually tinkers with the team. I decided to because I thought the players deserved an opportunity – but if the players don’t perform than they don’t have the opportunity to play.”