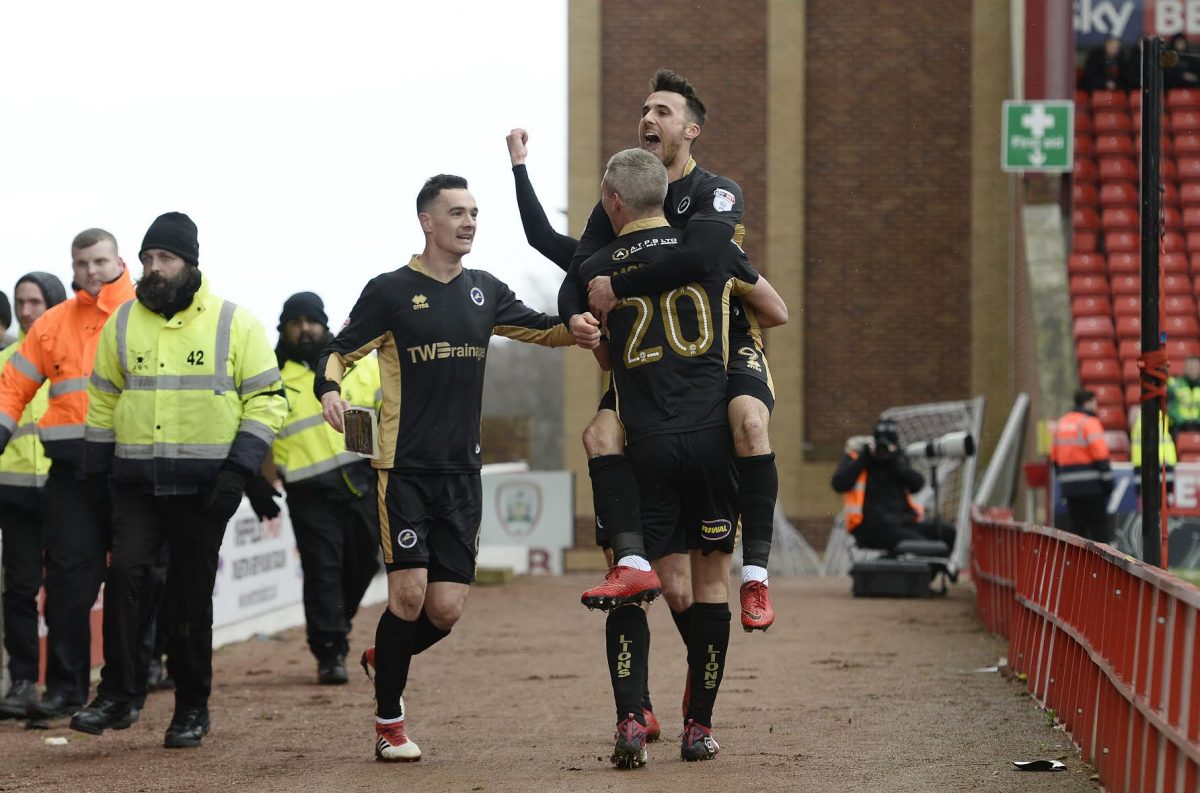 Neil Harris said his Millwall side are finding a way after they equalled a club record for consecutive away league wins at Barnsley.

Lee Gregory put Millwall ahead midway through the first-half and Ben Marshall grabbed his second since his January move from Wolves in spectacular fashion to seal the win.

The victory temporarily moves the Lions three points off the top-six and ahead of a crucial Easter period where they play twice in the space of four days after the international break and the Lions boss said he is already looking forward to it.

Harris said: “Maybe it means a little bit more to me and the staff [the record], because you take pride in things like that. The players just see another. The players are just looking at the play-offs, that’s what they see.

“I want my team to chase records. We are delighted we have got six today and we get our name on that sheet, but we go to Ipswich next away game. Let’s go there and win and make it seven. We’ve got Forest in-between.  I can’t wait for that weekend [Easter], what a massive weekend for our football club.

“Any three points at this level is a good achievement. I thought we found another way to win the game. We dominated early on, should have got our noses in front, but lacked a little bit of quality in the final third and then capitalised on a mistake. Really good composure by us to score the goal and never really felt in danger first-half.

“Second-half we came out and we were poor, by our standards over the last three months we were really poor and really gave Barnsley a leg up to try and get back into the game.

“Six consecutive away wins is not easy to do at any level and not easy for Millwall to do in the Championship. It’s a testament to my players, not just in the team, but in my squad. They push each other and it is a winning mentality.”