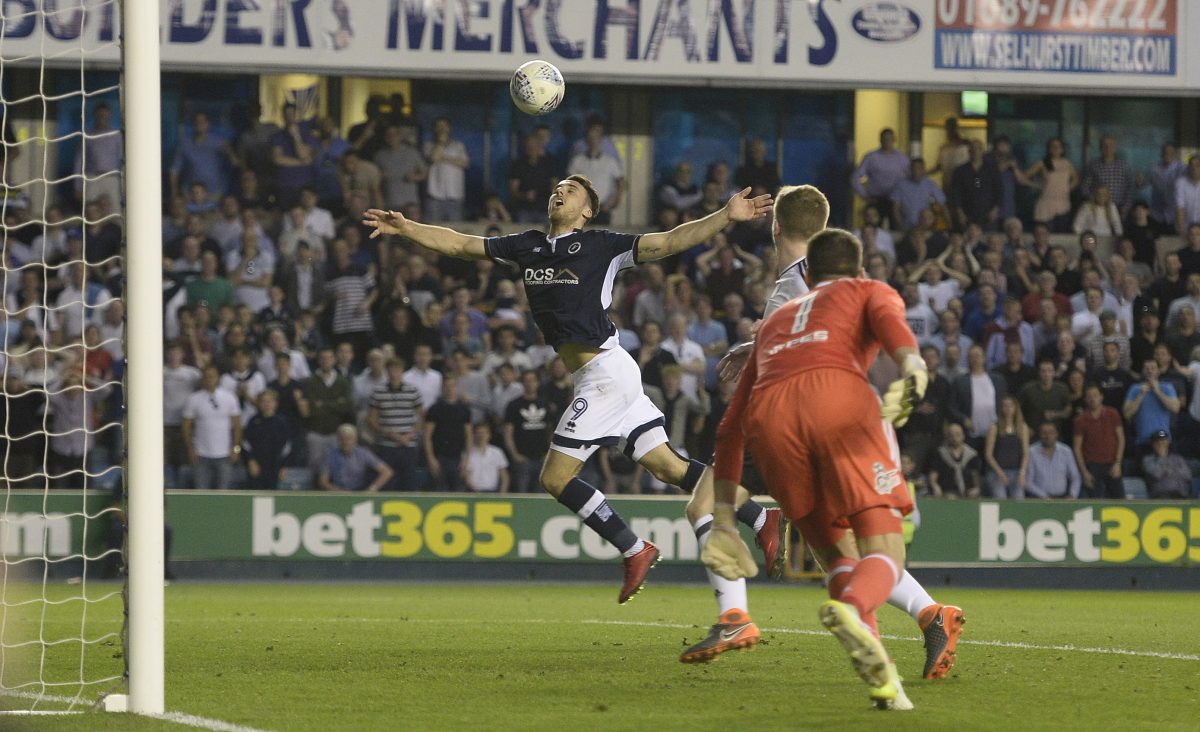 Neil Harris admitted his Millwall side paid the ultimate price for not taking their chances when they were on top in Friday’s 3-0 defeat to Fulham.

The Lions saw their 17-game unbeaten run halted but are still in the sixth and final Championship play-off spot after the weekend’s results.

Harris will be at Pride Park tonight to watch Derby County’s fixture against Cardiff City – a home win for the Rams would see Gary Rowett’s side move above Millwall.

The Lions would have been in a stronger position ahead of Saturday’s trip to Middlesbrough if they had made their first-half superiority count against Fulham, who instead made it 22 games undefeated.

“When you are in the ascendency against the top sides you have to get your noses in front – like we did against Wolves on Boxing Day,” said Harris. “You build off that foothold.

“In the first 45 minutes against Fulham we had spells where we were excellent. We built momentum, forced set-plays and broke really quickly from box to box. We were a real threat – but you have to score. We couldn’t quite take the chances.

“At the start of the second half we need to be solid, just try and build momentum attacking the home end and we conceded a really sloppy first goal which puts you on the back foot.

“We should have been in a position where they were coming onto us and we could pick them off, instead it went the other way around.”

George Saville’s first-half goal was ruled out for a foul by Jed Wallace, who was penalised for jumping over Matt Targett to win the ball in the box.

“It is a fine call,” said Harris. “The defender is not playing the football – he is trying to mark the man. He’s not trying to head the football, he is looking at Jed Wallace and trying to block him off.

“Jed ends up going over the top of him. I don’t think the ref [Andre Marriner] on the evening was ever going to give it the other way. He was excellent for Fulham on the evening – exactly what they needed.”

Jake Cooper’s fourth-minute header hit the bar while Tim Ream also made a goal-line saving slide to keep out a Wallace shot.

“A lot of balls fell their way,” said Harris. “When Cooper’s header hits the bar it falls between two of our players on the goal-line, it could easily hit one of them and go in.

“Their goalkeeper gets a bit of luck with Jed’s chance. He made the decision to come for the cross and gets nowhere near it, Ream gets it off the line.

“Jordan [Archer] makes a save and [Ryan] Sessegnon reacts and puts it through his legs. It is those fine margins. It has fallen right for us for so long but in the second half against Fulham it didn’t.

“Credit to Fulham, they made the most of any luck and that is what top sides do.  We are striving to be like teams like that.”