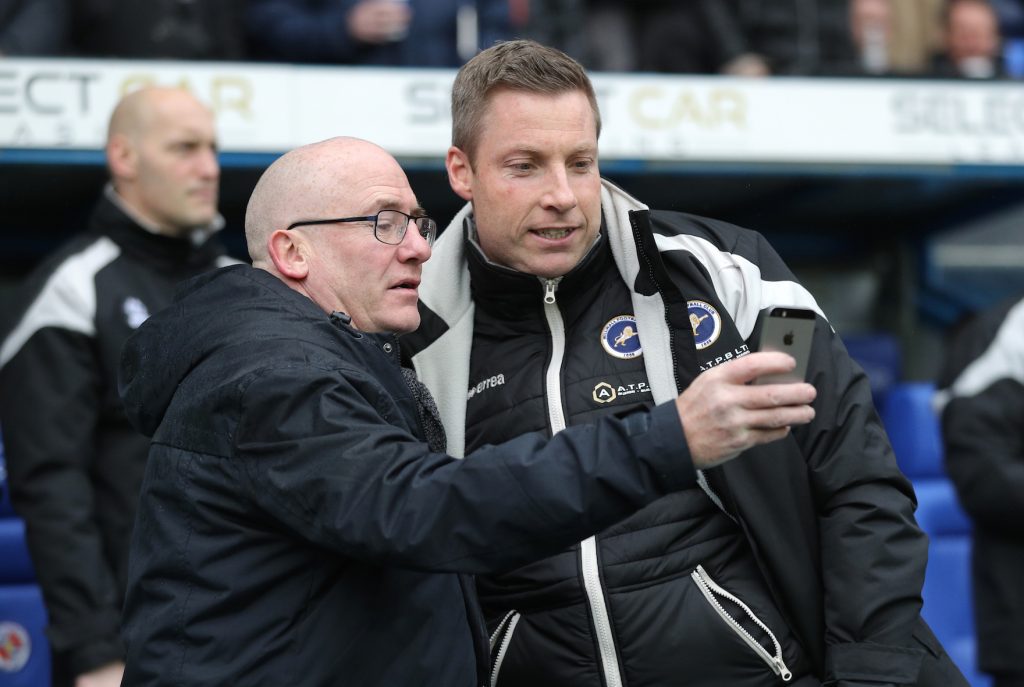 Neil Harris knows that his Millwall side will face a test in tonight’s FA Cup replay at Rochdale – after admitting the surface will be a poor one.

The Lions are hoping to secure their passage to the fifth round and a televised home tie against the winner of Tottenham Hotspur-Newport County. Spurs will be heavy favourites at Wembley and that derby at The Den would bank a six-figure sum.

Rochdale have covered the Crown Oil Arena pitch since last Wednesday – with a heating system in place – to ensure the match is playable.

Harris said: “The pitch has been covered and there should be no reason for the game to be off.

“The pitch will be in a bad condition – that’s for sure. We are fully aware of that. There are no surprises for us. We expect the worst-case scenario and anything better is a bonus for the players.

“That won’t bother us. We’ve spent the last couple of seasons working hard to get out of League One, playing on some poor surfaces at times – Oldham in the last two years springs to mind but we had a really dominant display up there.

“There are no problems for us. It is the same for both teams. We’re looking forward to the game.

“The players are fully aware of the disappointment over the opening hour at The Den in the first game and how they let themselves down in that period.

“They showed great character and resilience to get themselves back into the game and were unfortunate to not win it in the end.”

A rematch with Tottenham – who thrashed the Lions to knock them out of the competition at the quarter-final stage last year – would be a nice financial windfall.

“That does not change my thinking,” said Harris. “I want to get through the game, even more so after the way we played in the first match against Rochdale.

“I want us to put that right in the replay. If we get past Rochdale we have got a huge tie which will either be a sellout against Tottenham or Newport at The Den.

“My players will have an extra spring in their step, as will the Rochdale players, that’s for sure. It will also be live on Sky [Sports]. You have to factor that all in.

“It is certainly going to be a very strong side on Tuesday night.”