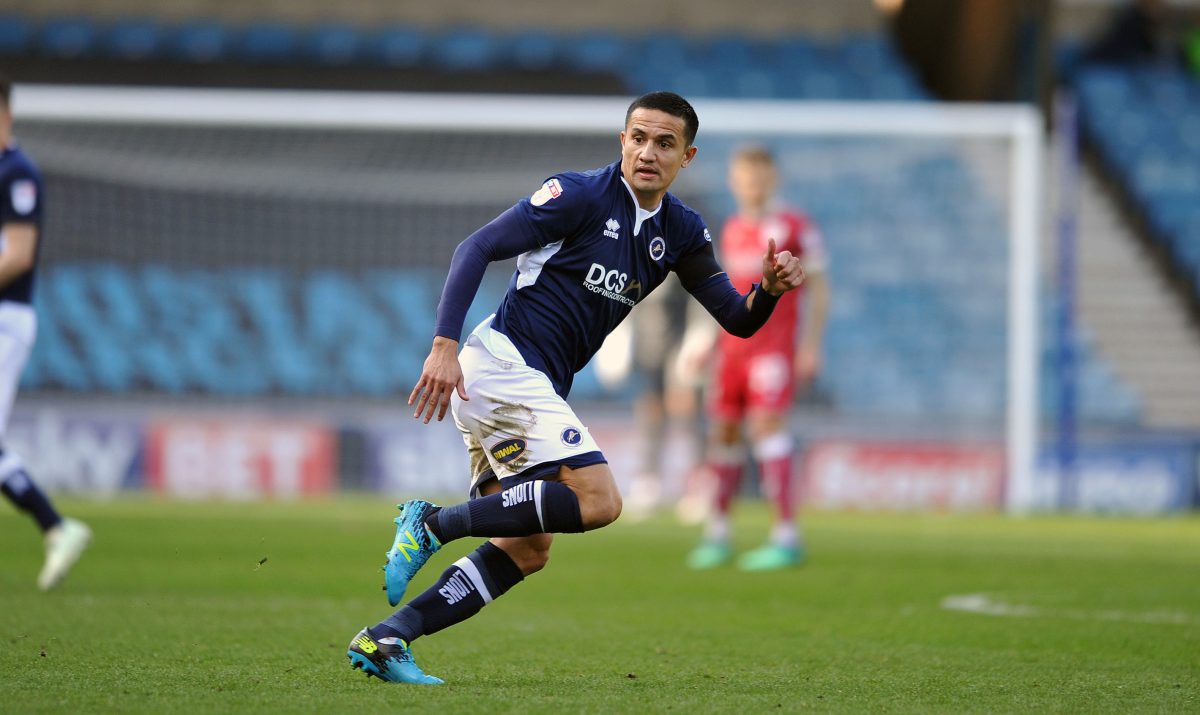 Neil Harris has admitted he does not expect Tim Cahill to extend his Millwall career beyond the end of this season.

The veteran striker signed up for a second spell with the Lions in January but his present terms only run until the end of June.

Cahill’s short-term goal has been making a fourth World Cup with Russia.

He was suspended for the final two matches of the Championship season after not contesting a charge of violent conduct for elbowing Fulham full-back Ryan Fredericks last month.

When asked if Cahill would be back next season, Harris replied: “I wouldn’t have thought so. I will catch up with Timmy in the next couple of days to see where his future lies. But his family are based in America.

“His thought process coming here was to make sure he was getting a level of training and an opportunity of games if the time arises so that he is in the best shape to be ready for Australia and the World Cup.

“But I never rule anything out, that’s for sure. Timmy Cahill, hopefully off the back of a World Cup campaign, will have a lot of offers in the summer from abroad and possibly this country.

“I like to think so [that he will play on]. He is still a very fit lad. Lad? Man. It seems strange to call him a lad at 38! He has got so many attributes he offers to a squad. I imagine Timmy will play for at least another season.”