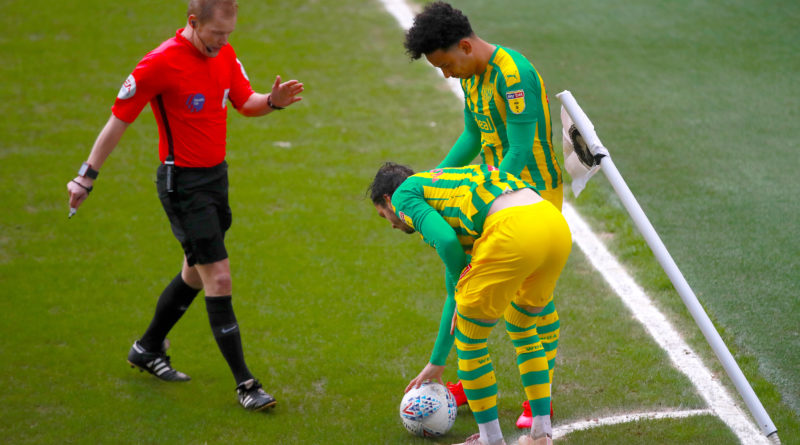 The Championship game went ahead despite the Den being buffeted by Storm Ciara.

Filip Krovinovic and Dara O’Shea scored for the Baggies as they impressed to move clear at the summit of the table.

Asked if he expected the match to take place – Manchester City’s home fixture with West Ham fell foul of the weather on the same day – Rowett said: “I had doubts in the morning because the wind where I was staying was horrendous.

“But you have got to deal with whatever conditions there are – football isn’t always played in 20 degrees heat and perfect conditions. It shouldn’t have been an issue for us.

“In a way it helped West Brom, they knew what they had to do. They had to make the game very basic, hook things on and they cleared their lines quite effectively – it got their players at the top of the pitch coming in to play in the right areas.

“We probably didn’t do that as well as we should have done. It took us 30 minutes to get the ball over the top and down the sides, to turn them around and create a bit of intensity.

“I can’t be too critical of the players. They’ve given us everything so far and we have fallen short in two games over a period of about 18 games. I’ve spoken about that we want to be successful in the short term but also build something longer term.

“In the first half the problems West Brom caused us were when we gave the ball away cheaply. The first five minutes were symptomatic of large parts of it.

“We’d spoken about trying to put them under pressure early on but we made the game a little too nice – we tried to play too much football and built possession too slowly and then lost possession a couple of times. The hallmark of any of our good home performances has been that we’ve started with real intensity and put opponents on the back foot for the first 20 minutes, set the tone.

“But that can happen when you play a side like Leeds or West Brom and their mentality is spot on.

“When you have set the bar so high in terms of that run of performances it is hard not to be really, really disappointed – and that’s probably unfair with the progression made.

“That’s what can happen when you raise the bar and expectations, when your performance doesn’t live up to it then it feels worse than a normal defeat.

“We’ve lost recently to the two top-placed teams in the division. It’s a sobering moment to realise it’s quite a difficult level to reach at this time.”