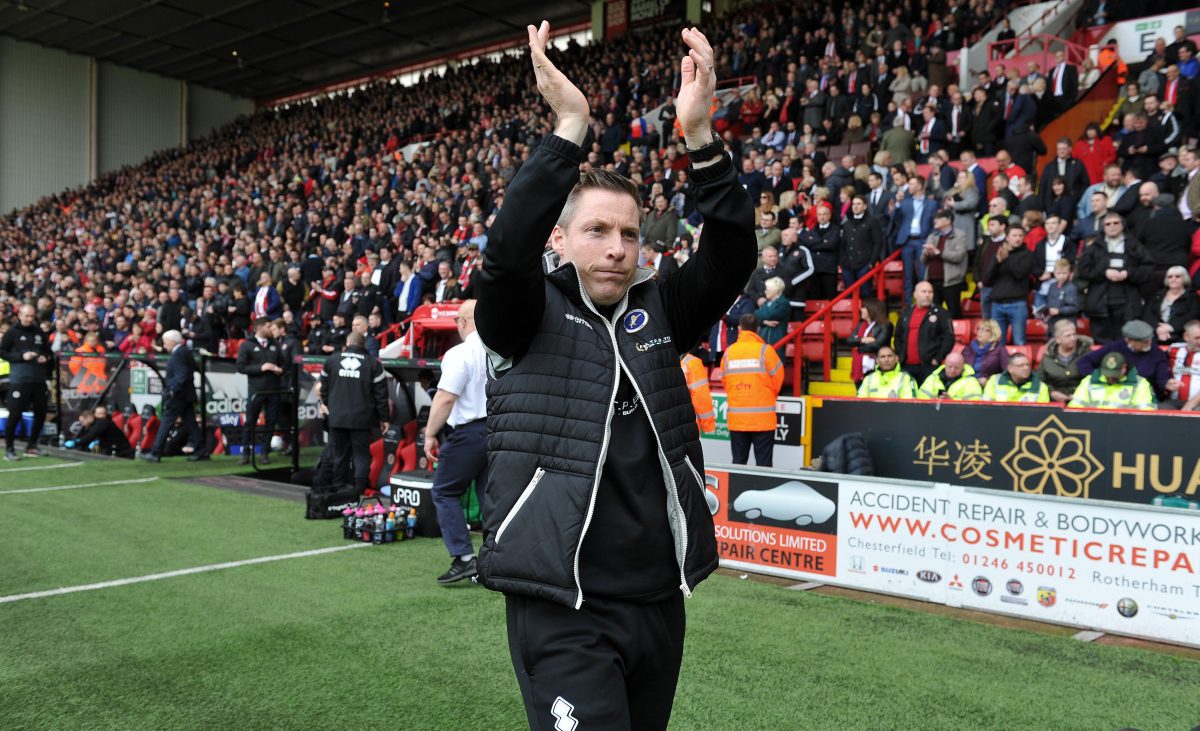 Sean Dyche says Neil Harris should be the Manager of the Year – but the Millwall chief reckons there are a whole load of bosses who have delivered the goods this season.

Burnley boss Dyche said last week that his former Lions team-mate deserved the top honour ahead of Pep Guardiola, whose Manchester City side were confirmed as Premier League champions over the weekend.

Dyche also threw Accrington Stanley manager John Coleman in as another deserving the top accolade as they are on the cusp of promotion from League Two despite a small budget.

Millwall extended their unbeaten run to 17 Championship matches with a 1-1 draw at Sheffield United on Saturday. They are in the final play-off spot with just three matches to go – starting with Fulham on Friday night.

“It is always nice to receive credit from your peers at the top of your game and Burnley are at the top of the game at the moment,” said Harris. “I’ve taken a lot of counsel from Sean at times, because they are a football club which is the same size as us and he took over in a similar position. They have grown year after year.

“Everyone has to look at what Burnley have done and take note. I’d be very naive not to take hints and advice from what they have achieved.

“Sean mentioned Pep Guardiola and John Coleman – there is also the likes of Paul Hurst at Shrewsbury. Sean won’t have mentioned himself, but what they have achieved is second to none.

“But you also need to look at what Nuno [Espirito] Santo and Guardiola have done. It is no different to Wigan or Blackburn, Nathan Jones at Luton – just because you have the biggest budget doesn’t mean what you achieve is less special. It is hard to win promotion.

“We found that out last year. Even having spending power, you have still got to earn resuts and get the right players – it doesn’t just magically appear.”

Millwall’s point in Yorkshire kept Sheffield United three points behind in the race for the play-offs.

Even Brentford in 11th place have a shot – admittedly a very long one – at still sneaking in.

“You have got teams who can get in there if they win their last three games but it is extremely difficult to win three in a row at this stage of the season,” said Harris. “What is the points total going to be? Who knows, we just don’t know.

“It is the same if you are at the top, going for the play-offs or fighting at the bottom. You just have to get the magic number by going about your business.

“We’ve just got to take care of ourselves. So many [promotion-chasing] teams play each other – us included – and we roll on to Fulham. What a fantastic game of football for the Sky cameras and both sets of fans.”