Millwall manager Gary Rowett has responded to claims in the Yorkshire press that Kenneth Zohore will struggle to build his match sharpness.

The Lions signed the West Bromwich Albion striker on loan until the middle of January – clinching a deal last Friday.

Sheffield Wednesday were also keen on Zohore but opted to take Derby’s Jack Marriott on a temporary deal instead.

And Yorkshire Live reported that the Owls had “big reservations” over Zohore’s fitness levels.

The Danish striker had been out with a calf injury and had not played since June before coming on late in Millwall’s 2-0 win over Luton on Tuesday.

Rowett said: “Obviously he’s not at full fitness because he has been out for eight weeks and he’s probably not trained even a week.

“Ideally you want to build players up to full fitness over a three or four week period – but we haven’t got that. But we feel he can effect matches. 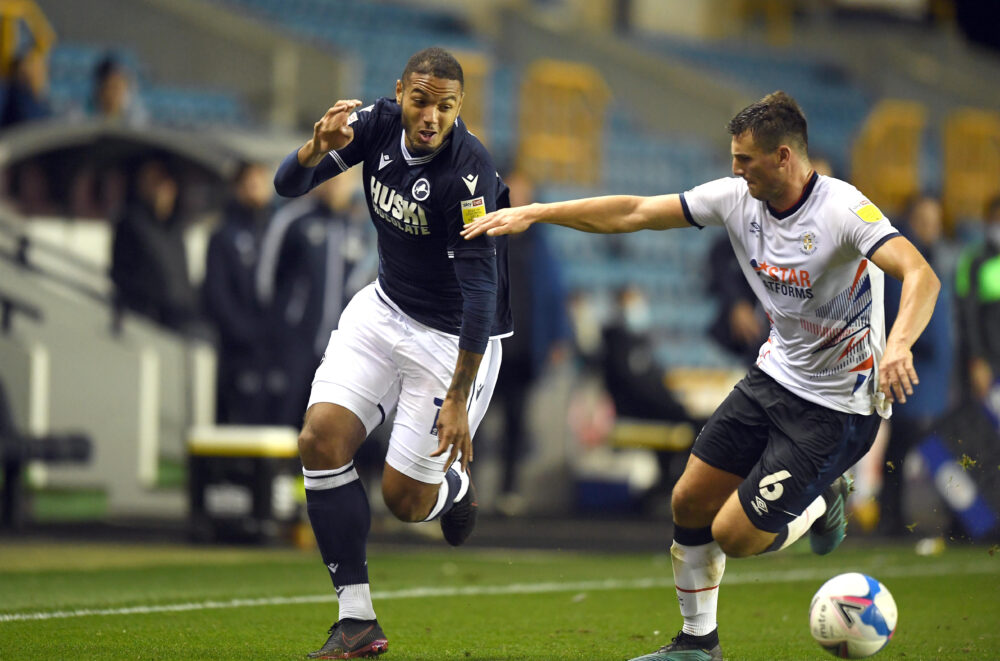 “Even on Tuesday night you saw little bits, he’s got a real different side to his game.

“He can explode. He’s an explosive player. He’s not going to be like some of our other forward players who keep going all game at the same level. He’s explosive – a bit like Mason [Bennett].

“We’re looking how we integrate him into things for a few games until we feel he is maybe ready to start. That might be now, it might be in two weeks.

“But we know we can help get him back to what he does best – which is terrorising Championship defenders.

“I don’t think he’s as far away as people possibly think. I don’t think his game is based necessarily on fitness and sharpness. He’s a big, powerful guy and you don’t truly get that with games.

“The plan is to try and build his fitness within games and a little bit of training to top up and we’ll see where we get to. There is no specific remit, but he wants to play and start like everyone else or he wouldn’t have joined Millwall.”