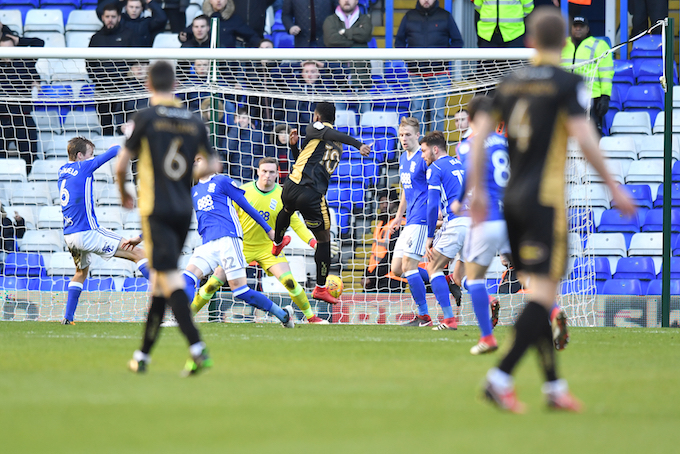 Neil Harris was not happy with the performance of his Millwall side in the opening 45 minutes – but thought they clicked back into groove to secure a 1-0 win at Birmingham City.

Fred Onyedinma came off the bench to strike the winner for the South London side, their third successive away Championship success.

Harris said: “I’m going to be a little bit critical of my team’s first half performance. I felt we should’ve been in front in the first half, but not because we played well. Because we are a threat in every game we play in from set-plays and on the counterattack.

“I said to the players at half-time ‘it’s not about coaching, it’s not about tactical – it’s about them just being more of a Millwall team’. Birmingham did really well first half, competed really well against us and won a lot of first and second balls. They kept the front pair for us relatively quiet.

“We were just slightly off it. The second half was much better. We dominated large periods of the game. Got our noses in front from a goal by a really young player and could’ve had two or three more after that.

“He’s a sprinter young Fred. He’s an athlete. He’s very up and down in his performances because he is young and the way he plays. But when he comes off the bench with 20-25 minutes to go – that’s the impact I’ve got to demand as a manager.

“He changed the outcome of the game. Birmingham at home, 20,000 here – they can start building momentum. It only takes one corner, free-kick or refereeing decision to build them up. We took the game away from them.

“The sign of a good team is when you have not played well going forward but we are still defensively very strong and kept a clean sheet. I said to the players to never underestimate that.

“We didn’t always look great with the ball in the first hour but defensively we made really good decisions, barring the first five or six minutes.”