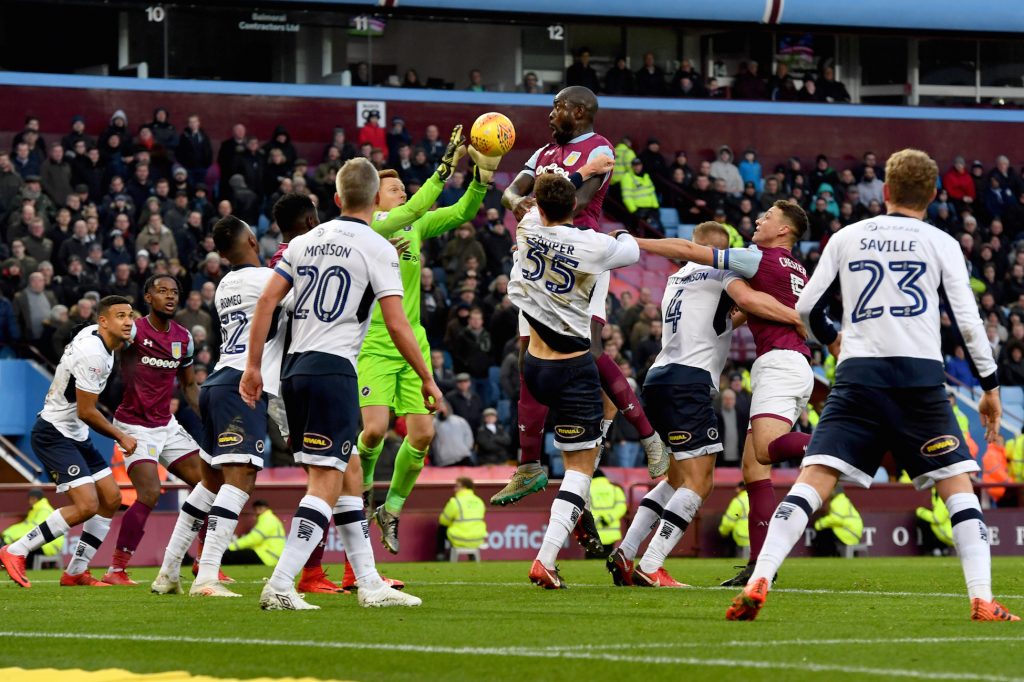 Millwall kept their eighth clean sheet of the season as they blunted Aston Villa’s expensive attack on Saturday – then were told to double that figure by boss Neil Harris.

The Lions have produced shutouts at Cardiff City, Bristol City and Aston Villa – all in the Championship top five – plus Preston North End, who were flying high in the table at the time.

The other four clean sheets have come at The Den.

“I want to double that number in the second half of the season,” said Harris.

“There is no doubting we have built our platform on a solid defence and shape. We worked extremely hard in pre-season on that.

“We know we have to be organised and graft because there is so much quality and strength in depth in this division.

“We knew if we focused on getting our base right it would give us a foothold and that has been the case so far.

“It is not about sitting off and defending deep. The team can set up that way but we can also get after the ball as well if we have to – like we did in the second half against Sheffield United.

“But I also want us to be a major threat going forward. Are chances created to chances scored has been a low percentage. That won’t continue, that will have to change – the law of averages tells you that.”

David Martin, fresh from signing a contract extension with the Lions until the end of the campaign, picked up a clean sheet on his debut as he deputised for Jordan Archer (viral illness).

“David had a good couple of days and it was an assured performance by him at Villa,” said Harris. “It is a nice decision to have about who I play in goal this weekend [against Middlesbrough] – another tight call.

“Jordan’s form since the play-off semi-final at Scunthorpe has been outstanding. There is the odd blip, Sunderland has been well-documented, but he held his hands up to that. He has grown as a person and as a goalkeeper.”